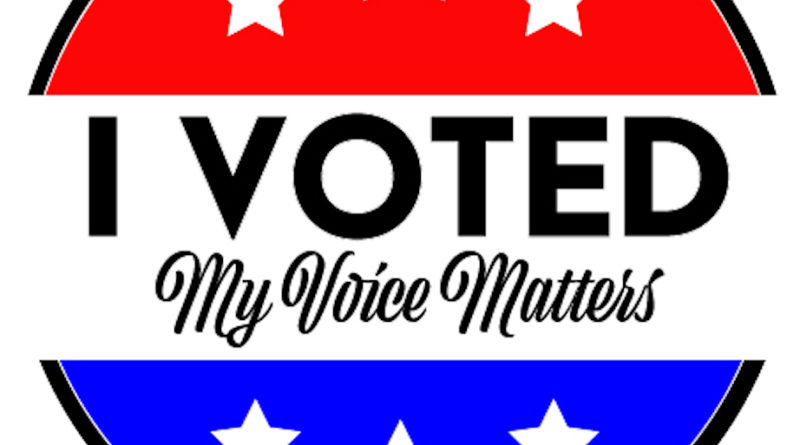 I have heard people say some astonishing things about why they have elected not to vote in the election scheduled for November 3. The excuses range from “I do not like either candidate [Biden or Trump] running” to “The electoral college selects the president so why should I vote.”

First, one must understand the definition of the word ‘democracy’ to understand why it is imperative that they vote in every election, including midterm elections and those for state and local offices. According to Merriam-Webster, a democracy is “a government in which the supreme power is vested in the people and exercised by them directly or indirectly through a system of representation usually involving periodically held free elections.” So, when people start talking about not voting, they are saying that they want to give up the power they have to control this government.

As Abraham Lincoln so eloquently stated in his Gettysburg Address, the United States has a government that is “of the people, by the people and for the people.” Lest you forget, the text of that poignant speech that still rings true today is as follows:

Four score and seven years ago our fathers brought forth on this continent, a new nation, conceived in Liberty, and dedicated to the proposition that all men are created equal.

Now we are engaged in a great civil war, testing whether that nation, or any nation so conceived and so dedicated, can long endure. We are met on a great battle-field of that war. We have come to dedicate a portion of that field, as a final resting place for those who here gave their lives that that nation might live. It is altogether fitting and proper that we should do this.

But, in a larger sense, we can not dedicate—we can not consecrate—we can not hallow—this ground. The brave men, living and dead, who struggled here, have consecrated it, far above our poor power to add or detract. The world will little note, nor long remember what we say here, but it can never forget what they did here. It is for us the living, rather, to be dedicated here to the unfinished work which they who fought here have thus far so nobly advanced. It is rather for us to be here dedicated to the great task remaining before us—that from these honored dead we take increased devotion to that cause for which they gave the last full measure of devotion—that we here highly resolve that these dead shall not have died in vain—that this nation, under God, shall have a new birth of freedom—and that government of the people, by the people, for the people, shall not perish from the earth.

Those words still resonate today as our fragile democracy cries out for our help in sustaining it by simply performing our civic duty to vote. If we cannot identify with the men who fought and died in the Civil War to preserve our democracy and its freedom, surely we remember hearing of the struggles of the more recent Civil Rights Movement. Then and during Jim Crow, men, women and children died to secure our right to vote and equal protection under the law. If we do not vote now, we may be right back at square one, soon. We can reaffirm today and again to “resolve that these dead shall not have died in vain.” If our votes did not matter, tyrants would not be trying so hard to disenfranchise us through gerrymandering, trumped-up felonies, fake social media posts and threats of armed militias at the polls. Your vote has the power to change the trajectory of our democracy. Do not give up that power.