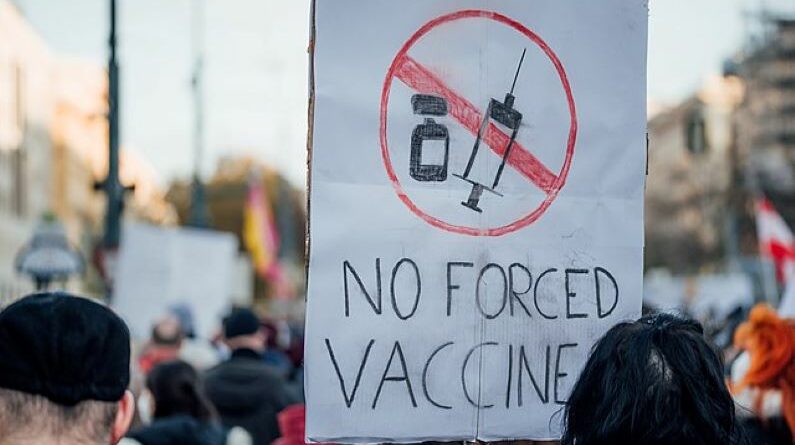 In New York, over 70% of African Americans between ages 18-44 have not received the vaccination. They are receiving unfair treatment as many restaurants, movie theatres, and public places require vaccination cards. Because they have not gotten vaccinated, they are unable to go into these places. Black Lives Matter activists have taken to the streets of New York City to voice their concerns against this issue.

“We are not anti-vaxxers. Some of us are vaccinated. It’s an individual’s choice. No one should be forced to put something in their body” stated Hawk Newsome, the co-founder of the Black Lives Matter Greater New York chapter. He is not advocating that Americans should not be vaccinated. However, the argument is that the COVID-19 vaccine, like any other vaccine should be a choice and not forced onto anyone.

Hawk stated that the COVID-19 mandates in New York were a cover for the “racist ways” and “discrimination” evident in New York City. Aside from going into public places, the mandate by President Biden that all federal and military workers become vaccinated also disproportionately affects African Americans. African Americans make up 13.4% of American society but 18.4% of the workforce. In the military African American men are overrepresented, leaving them with no choice but to receive the vaccine in order to keep their jobs.

Employers can use Biden’s vaccine mandate for companies with federal contracts to discriminate against minority workers since they are the most fearful of the vaccine. Who knew that when Biden said “They’re going to put y’all back in chains” that it would be as a result of his own actions.

Biden has also made other remarks such as “if you are fully vaccinated, you no longer need to wear a mask”. This rhetoric is contributing to the increase in COVID cases and is not something that should be done by Americans.

Additionally, because of their medical history many African Americans are more likely to have underlying medical history than White Americans, which makes them hesitant to get the vaccine. Should they be punished for having medical issues that are outside of their control? Should what people put into their bodies be their choice and not a mandate by the federal government?

These findings disprove the agenda that the federal government is pushing, which then begs the question; why is the American government so eager to control the vaccination of Black Americans? What do they look to gain by forcing thousands of Americans to get the vaccine? Does forcing African Americans to take this vaccine trample on their individual rights and disregard the long history of suffrage that many Blacks have faced at the hands of the American government?