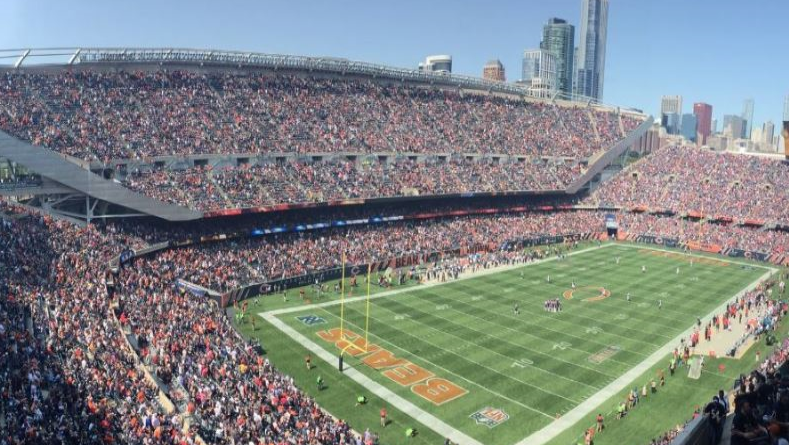 HAMPTON, Va. – With the 2019 football season approaching, Hampton University fans were happy to see a renewal of the “Battle of the Real HU” between the Pirates and the Bison of Howard University.  The 94th matchup will have a new twist this year as it will take place inside historic Soldier Field in Chicago, Illinois.

In its 23rd season, the Chicago Football Classic is a weekend long event of cultural, educational and other exhilarating activities.  A “Battle of the Bands” for area high schools, a golf tournament, pep rallies, and a college fair are among the scheduled activities.

“The Chicago Football Classic is a longstanding HBCU event that we are very excited to participate in again,” said Hampton University President Dr. William R. Harvey.  “This will be a great weekend for all of our alums in the Midwest to come be a part of a prestigious classic and support our football team against Howard.”

Robert Prunty, starting his second year as head coach of the Pirates, echoes the sentiment of renewing a rivalry inside Soldier Field.  “As special of a rivalry game that Hampton-Howard is, to be able to give our players a chance to play inside Soldier Field will be a moment they’ll remember for the rest of their lives,” he said.

Ticket information on the game will be announced at a later date.

For more information on Hampton University football, please contact the Office of Sports Information at 757-727-5757 or visit the official Pirates website at www.hamptonpirates.com.