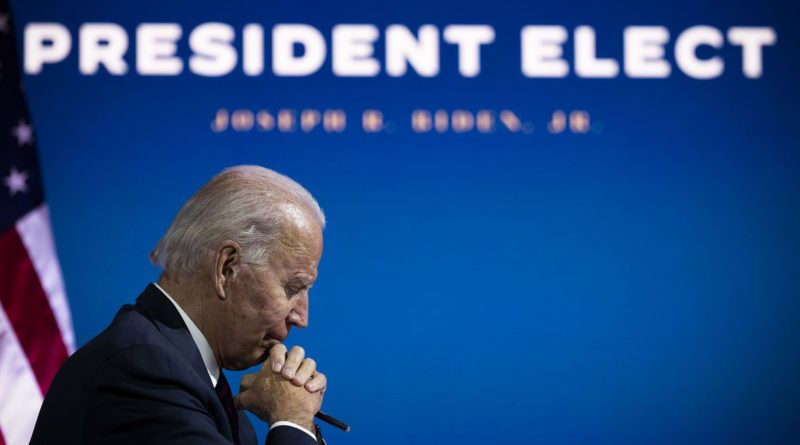 WASHINGTON – Today, President-elect Joe Biden and Vice President-elect Kamala Harris announced additional members of the National Economic Council (NEC). These qualified and talented individuals represent the incoming administration’s commitment to having a team of diverse experts ready to build our economy back better.
The National Economic Council coordinates the domestic and international economic policymaking process for the Administration, helping to design and implement the President’s economic vision for America. The staff members announced today will, under the direction of NEC Director Brian Deese, and along with other key staff to be announced in the near future, help President-elect Biden and Vice President-elect Harris lift all Americans out of the current economic crisis — and build a strong, inclusive, and more resilient economy for the future.
“Working families are struggling through the deepest, most inequitable economic and jobs crisis in modern history. This is no time to build back the way things were before — this is the moment to build a new American economy that works for all. Today’s appointees have broad viewpoints on how to build a stronger and more inclusive middle class. With their robust experience and qualifications, they will provide the needed voices to guide my administration in overcoming our nation’s unprecedented economic challenges,” said President-elect Joe Biden.
“In the face of the worst economic crisis since the Great Depression, this team is ready to hit the ground running on day one to rebuild an economy that works for working people and all those looking to work. These seasoned public servants have the knowledge and experience to act quickly and decisively to address this economic crisis, responsibly open our economy, and put people back to work. And I look forward to working with them to create jobs and opportunity for all Americans,” said Vice President-elect Kamala Harris.
“President-elect Biden and Vice President-elect Harris share a bold agenda to build our nation back better than before for working families. These individuals join an impressive group of White House staff and advisors focused on making sure every American has a fair shot to pursue and achieve the American dream,” said incoming White House Chief of Staff Ron Klain.

Biographies of the appointees are listed below in alphabetical order:

Joelle Gamble, Special Assistant to the President for Economic Policy
Joelle Gamble currently serves on the Biden-Harris Transition’s domestic economic policy team. Prior to joining the transition, she served as a principal at Omidyar Network, a social change venture. She was Senior Advisor to the President and CEO of the Roosevelt Institute and National Director of the Roosevelt Institute’s network for emerging leaders in public policy. Joelle began her career as an organizer running campaigns for economic opportunity and higher education access in California. Originally from California, Gamble is a graduate of UCLA and Princeton University.
David Kamin, Deputy Director of the National Economic Council
David Kamin is Professor of Law at New York University School of Law. Prior to joining NYU, Kamin served in the Obama-Biden White House as Special Assistant to the President for Economic Policy and also worked as special assistant, and later adviser, to the Director of the Office of Management and Budget. He has also worked at the Center on Budget and Policy Priorities and the Committee for Economic Development. Originally from Arizona, Kamin is a graduate of Swarthmore College and NYU Law, and lives in Brooklyn with his wife and two daughters.
Bharat Ramamurti, Deputy Director for the National Economic Council for Financial Reform and Consumer Protection
Bharat Ramamurti is the Managing Director of the Corporate Power program at the Roosevelt Institute. He was also appointed in April to serve on the Congressional Oversight Commission for the CARES Act by Senate Minority Leader Chuck Schumer. Previously, Ramamurti was the top economic adviser to Senator Elizabeth Warren during her 2020 presidential campaign and senior counsel for banking and economic policy in her Senate office. Born in Massachusetts, Ramamurti is a graduate of Harvard College and Yale Law School. He lives in Washington, DC with his wife and two daughters.