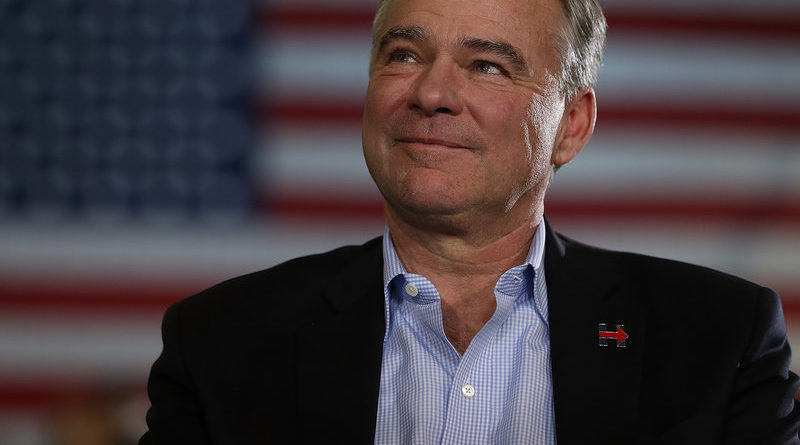 WASHINGTON – Today, U.S. Senators Roy Blunt (Mo.) and Tim Kaine (Va.), along with U.S. Representatives Emanuel Cleaver, II (Mo.) and Steve Stivers (Ohio), announced that the Negro Leagues Baseball Centennial Commemorative Coin Act passed the Senate and is on its way to the President’s desk. The bipartisan legislation directs the U.S. Treasury to mint a coin to commemorate the Centennial of Negro Leagues Baseball.

“The incredible ability, excitement, and sportsmanship that baseball icons like Jackie Robinson, Satchel Paige, and Buck O’Neil brought to the game helped break down the barriers of segregation,” said Blunt. “This commemorative coin will honor the leagues’ players and support the National Negro Leagues Baseball Museum’s great work to preserve the legacy of African-American baseball and its impact on our nation’s history. I’m glad we were able to get this bill through Congress and to the President’s desk as we mark the 100th anniversary of the founding of the leagues.”

“For forty years, the Negro Leagues offered people the chance to see some of the country’s greatest ballplayers at a time when African-American and Hispanic players were barred from Major League teams, including Virginia-born stars and Baseball Hall of Famers Ray Dandridge, Leon Day, Pete Hill, and Jud Wilson,” said Kaine. “I’m proud these players and teams will be honored for their historic contributions both on the field and to our country.”

“As we commemorate the 100th anniversary of the creation of the Negro Leagues, I’m ecstatic we were able to get this bill safely across home plate and on its way to the President’s desk,” said Cleaver. “Not only will this honor the legends of the Negro Leagues—some of the greatest ballplayers to ever step on a field—but it will also raise significant funding for the Negro Leagues Baseball Museum in Kansas City so that future generations can learn about the players, the history of the Negro Leagues, and their significance to the civil rights movement in America.”

“I am glad this legislation is headed to the President’s desk, sending an important message that the athletes’ courageous efforts to end systematic racism undeniably bettered our nation,” said Stivers. “These Americans created a lasting impact in the fight for equality. Their unwavering commitment to making sure all Americans have equal opportunities, on and off the field, will continue to make a difference for generations to come.”

The Negro National League was created in 1920 during a meeting of team owners at a YMCA in Kansas City, Missouri. Prior to 1920, teams barnstormed around the country playing whomever they could. The creation of the league brought some structure to the playing schedule, and other regional leagues were soon formed.

The coin comes at no cost to taxpayers and the U.S. Treasury will be reimbursed for the costs of issuing the coins. After the U.S. Treasury has recouped all of its costs for designing and minting the coins, funds will be distributed to the National Negro Leagues Baseball Museum, which was founded in 1990 in Kansas City.