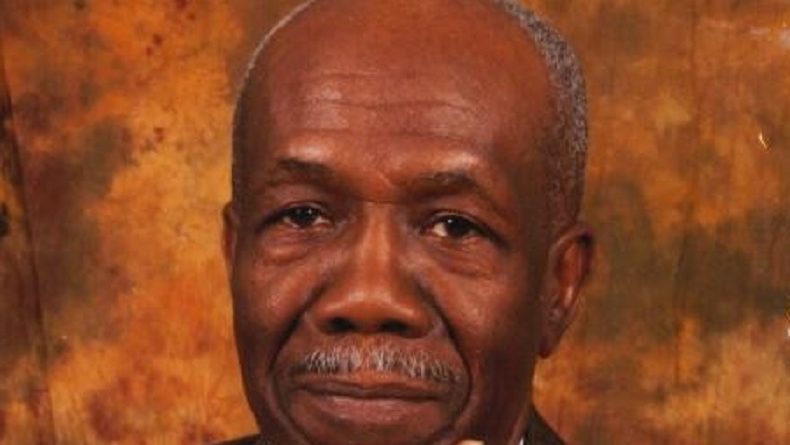 Deacon March Cromuel, Jr., of Chesapeake, Virginia, transitioned from his earthly home to his eternal home on Wednesday, February 13, 2019. March was a devoted Christian who loved his church and pastor dearly. March served as the Chairman of the Deacon Board for New Galilee until his passing.

March was born to the late March and Susie Anna Dailey Cromuel on March 25, 1936. March was predeceased by his brothers Willie and Emmanuel Cromuel and his sister, Johnnie M. Cromuel Davis.

March spent his early years in Chaires, Florida, a small town outside of Tallahassee, Florida. He attended segregated schools and graduated from Old Lincoln High School Class of 1955.

March joined the United States Navy in 1955 and he became a welder and maintained this naval career for over 22 dedicated years of service. He worked hard and endured many challenges. He also served as a Navy recruiter where he began to associate with schools and city officials, as well as various community organizations. He retired in 1977 as a Chief Petty Officer. March attended Tidewater Community College, where he earned his Associate’s degree in Social Science. He then attended Norfolk State University, where he earned his Bachelor’s degree in Social Work.  March loved Norfolk State University. He was a committed and passionate member of the Norfolk State University Alumni Association, Chesapeake Chapter since its chartering, 40 years ago. He served as Vice President, chaplain and was on the Nominations Committee. He was a life member of the NSUAA.

March, from the time of his early years, developed a zero tolerance to inequality and injustice. He often told the story of how he had to confront a bully while in elementary school. Originally, young March ran from the bully and told his father of his troubles. His father told him if you run from a bully today, you will have to run from the bully every day. But if you standup to the bully, the bully will have to at least recognize that you will standup today and you will standup to him tomorrow. Well, March went back to school the next day and went toe to toe with the bully. He and the bully soon became friends and the bully respected him. This was a defining moment in the life of March Cromuel, Jr.

March realized this pattern of bullying transcended the playground and existed in the form of double standards regarding opportunities for advancement, employment, education, and voting rights for African Americans. March became very active in the Chesapeake Chapter of the NAACP. For more than thirty years, March worked to see that the police and sheriff departments hired and promoted African Americans to high level positions. He saw that African Americans were afforded opportunities for leadership positions in the school division. He fought to get African American judges in our local judicial system as well as representation of African Americans in municipal positions. He knew that voting was powerful and to that end he pushed to increase the number of African American voters in Chesapeake. At least four times, and some say as many as ten times, the Chesapeake Branch of the NAACP has been recognized for registering the most voters in the state of Virginia. March was known to speak the truth loudly and with power. He was not afraid to say what needed to be said. He was trust worthy, honest, and capable. He stood for what he believed was right. He applauded and celebrated the successes of others.

March’s love and legacy will remain forever in the hearts of his family and friends. In 1959 he married the lovely Ida Mae Clark and for fifty-nine years, March and Ida worked and kept their family together. Ida was truly the wind beneath his wings. Besides, Ida, left to cherish his memories are his children, Gloria Dilworth (Samuel aka Dee) of Atlanta, GA; Vernon Cromuel, Virginia Beach, VA; Sharrel Elaine Cromuel-Bazemore, Newport News, VA; Barrington Cromuel, Richmond, VA; Cassandra Brooks (Daryle) Chesapeake, VA; and Ronald Cromuel (LaToya) Chesapeake, VA. A sister-in-law, Carolyn Wilson (Paul); a brother-in-law, Gene Earl McGuire; 20 grandchildren; 18 great grandchildren and a host of special nieces and nephews.