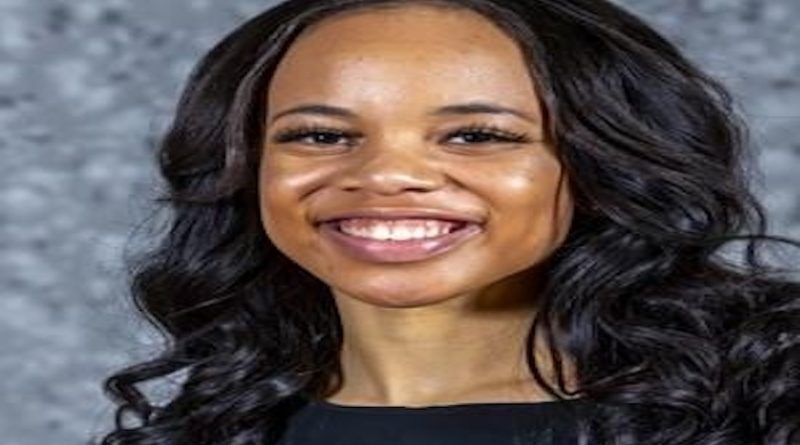 HAMPTON, Va. (March 19, 2020) – Hampton University women’s basketball assistant coach Kenia Cole was named as an honoree on the Women’s Basketball Coaches Association (WBCA) Thirty Under 30 presented by Marriott Bonvoy and Morgan Stanley Global Sports & Entertainment for the 2019-20 season. This is the second year she was recognized on this list by the WBCA.

“Congratulations to Ms. Cole for this award that recognizes her work in developing future leaders through athletics. Our world-class alumni continue to break barriers, make their mark in this world and represent their ‘Home by the Sea,’” said Hampton University President, Dr. William R. Harvey.

The WBCA Thirty Under 30 program was created to recognize 30 up-and-coming women’s basketball coaches age 30 and under at all levels of the game. Each honoree has exemplified their involvement in community service, mentorship and impact on others, professional manner, and attitude and professional association involvement.

“It’s a blessing and quite the honor to be named to the 2020 WBCA Thirty Under 30 class,” said Cole. “I hope to keep growing our game through service, leadership and mentorship for all future women’s basketball players to come.”

Cole just finished her first year at her alma mater under her college coach David Six.  She was a four-time Mid-Eastern Athletic Conference (MEAC) regular season champion, three-time MEAC tournament champion and was named the most improved player as a junior. She totaled over 245 assists in her career and ranked in the program’s top-10 for made three-pointers.

In addition to her success on the court, she was on the Dean’s List all four years of her career and earned a bachelor’s of science in sport management in May of 2015. She completed her master’s of professional studies in sports industry management at Georgetown University in May 2017.

Hampton finished the season 18-11 and was second in the Big South with a 14-6 record.

“The WBCA is pleased to recognize up-and-coming talent in our coaching family. The 30 coaches who have been named to receive the Thirty Under 30 Award are deserving of this recognition. The WBCA congratulates them for distinguishing themselves early in their careers,” said WBCA Executive Director Danielle Donehew. “These coaches have demonstrated eagerness, effectiveness, loyalty, love of the game, and a commitment to the student-athlete. We celebrate their effort on the basketball court as teachers and equally applaud the extensive role they play in impacting the lives of their student-athletes.”

“Marriott is committed to supporting the career growth of women and we are honored to help recognize these 30 dynamic coaches,” said Kieran Donahue, vice president, brand, marketing and digital, Marriott International, Americas. “In our fourth year as the Official Hotel Partner of NCAA, we are proud to celebrate these extraordinary women who are under 30 and are already leaders in basketball, mentorship, and community service.”

“We are proud to be a part of this year’s WBCA Thirty Under 30 and recognize the future leaders and superstar coaches in women’s basketball,” said Sandra Richards, managing director of Morgan Stanley and head of global sports & entertainment and segment sales & engagement”.

For more information on Hampton University women’s basketball, please contact the Office of Sports Information at 757-727-5757 or visit the official Pirates website at www.hamptonpirates.com.