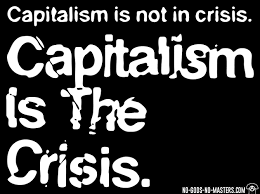 From drug overdoses to school shootings, it is no secret that children are more likely to die young from these issues in the US, than anywhere else in the developed world. Many people blame guns for the death of children in school shootings; but are guns really at fault? When adults and children both take a step back from the heated debate about school shootings and gun laws, they will realize that violence at schools was a problem even before the general public had access to assault weapons. That is not to say that I believe that people need to possess weapons that can cause such carnage. In 2007 the Center for Disease Control conducted a survey and found that 5.9% of high school students carried a weapon of some sort, including a gun or knife, on school property during the 30 day period studied. Drugs are another problem for children as well as adult, recently findings states that 1 in 5 children suffer from a mental illness. According to the CDC, parent-reported information from the 2011-12 National Survey of Children’s Health showed that 1 out of 7 U.S. children aged 2 to 8 years had a diagnosed mental, behavioral, or developmental disorder (MBDD). It was determined that males, children between ages 6 and 8 and non-Hispanic White children were more likely to have an MBDD: Aside from genetics, I believe the root cause of many of these disorders may be “Extreme Capitalism.” Because it take so much money to provide the basic necessities for families today, usually, both parents in a household must work. Single parents have to work even more hours, often leaving young children to fend for themselves after school. Children left alone for long periods of time may begin to feel as if no one cares about them. They may turn to drugs or gangs for comfort. They may also entertain themselves with violent television shows or video games. These forms of entertainment can eventually desensitize people to violence. They may not be able to empathize with people who are being harmed in real life. When we hear about a school shooting, we often are told that the perpetrator did not empathise with their victims. The shooters ignore pleas for mercy. They may have been conditioned by movies and video games to believe that violence is normal. One solution, to help children who may feel unloved, is showing our children that we do care. Ensuring that they are not left at home alone for many hours, day after day and year after year is paramount. Children need to spend time with their parents. If we are honest with ourselves, we must admit that we can make more time for our children. Even if one feels as though their children are safe at school, children should not spend more waking hours in school than they do at home with their families. We must learn to work smarter by doing things like telecommuting a few days a week or starting a home-based business to ensure that our children will grow up to be physically and mentally healthy. They will also be happier when they are able to spend more time with their parents. The ultimate sacrifice for one’s children is to homeschool them, which would really give them the time and attention they need from their parents. Not everyone is in a position to be able to homeschool their children, but I did and I believe it was the best decision that I have ever made in my life. My child excelled in college because of it and she received numerous scholarships, fellowships and awards. When arriving at college, she was not beaten down from spending twelve of her most formative years with an overseer who could never give her the love and positive reinforcement that I was able to give her. Another byproduct of American greed is the state of our healthcare system. It is a shame and a disgrace that Americans have to travel to Canada or Cuba for free or low-cost healthcare and medications. If states expanded medicare, or if there was free healthcare for all in the US, it would lessen the financial burden on parents who have to leave their children at home alone for hours on end, while they work two jobs to make ends meet and to pay astronomical healthcare costs. Wouldn’t it make more sense to provide free healthcare for these families rather than spending an additional $3.3 billion to combat the opioid crisis. This figure includes an increase of $2.8 billion in treatment, prevention and research for programs under Health and Human Services. It will help communities across the US fight the opioid epidemic as outlined in the 1.3 trillion spending bill that Congress recently approved to fund the federal government through the end of September. The rich continue to get richer and American children are left holding the bag. Who can remember the days when there was always a parent or grandparent waiting for children when they returned home from school? Do not become tempted with the shiny new objects flashed at us during television commercials. It is a trap that will keep parents and their children in a rat race that cannot be won. Find a way to ensure that children feel loved rather than abandoned, so that they will not have to search for comfort in a gang, a gun or a pill bottle. It is more common than you think. Also, when voting, one may want to select the candidate who cares more about our children than they care about their bottom line. Identitytheft.gov allows