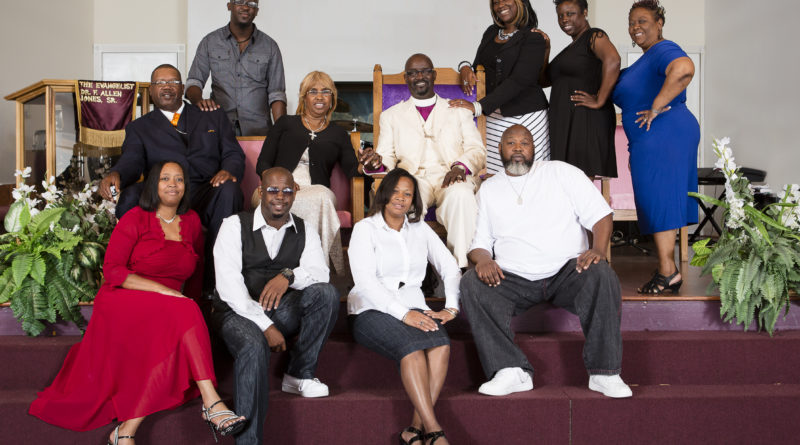 Delivering a high-energy evening of spiritual and secular music, this nationally recognized gospel band is not to be missed.

Hampton, VA – (December 15, 2016) – It’s a family affair as Hampton Arts’ The American Theatre kicks off 2017 with The Jones Family Singers. For nearly 30 years, the band (consisting of five sisters, two brothers, and their father) has shared its joyous, high-energy music. Described as a “must-see act” by Rolling Stone and NPR, The Jones Family Singers are modern interpreters of church music and its deep connection to rock ‘n’ roll and R&B.

With recent appearances at Lincoln Center in New York City, The Kennedy Center in Washington, DC, and a two-week tour of Russia, The Jones Family Singers continue to spread their message of love and faith through music. Filmmaker Alan Berg was so inspired by the family’s journey that he followed their trials and tribulations on the road to release the critically acclaimed documentary, “The Jones Family Will Make a Way.”

“I’m particularly excited to welcome The Jones Family Singers this January,” said Hampton Arts Artistic Director Richard M. Parison, Jr. “Their passion for bringing people together through music is a true celebration of the kind of programming we’re thrilled to share with the Hampton Roads community.”

The Jones Family Singers’ recent album, “Live From Mt. Zion,” and their 2014 studio album, “The Spirit Speaks,” are packed with rousing tracks, and music aficionados across the country have sang praises for the group’s magnetic performance style.

“The music offers variety, depth, soul, sophistication, selection and sequencing that illuminate the full range of their artistry… crisp arrangements that don’t sacrifice any vitality for the sake of polish,” wrote Texas Music Magazine.

The Jones Family Singers promise to deliver a powerful night of song and spirit—the perfect evening to celebrate the new year.

Hampton Arts is proud to thank the following businesses, foundations, and sponsors who have helped support our programs on stage, in the classroom, in our galleries, and in our community.

Individual performance tickets are available in person at The American Theatre Box Office or Hampton Coliseum Box Office. Tickets may be ordered online at Ticketmaster.com or by phone at 1-800-745-3000.

Hampton Arts’ mission is to advance the performing and visual arts and enhance the quality of life for all Hampton Roads residents and visitors by educating and inspiring teachers, students, and life-long learners to embrace the arts; provide opportunities for Hampton Roads artists to showcase and develop their arts; and present unique, world-class caliber performing artists that appeal to a diverse citizenry and promote a deeper cultural awareness.