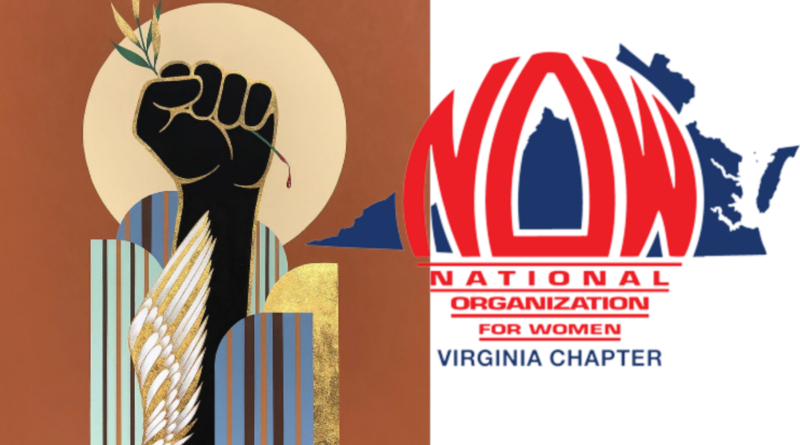 “Juneteenth is a time to recommit ourselves to the work that remains undone. We remember that even in the darkest hours, there is cause to hope for tomorrow’s light.” -Barack Obama

Juneteenth is a celebration of the day in 1865 that the remaining enslaved people in the United States learned of their freedom — some two-and-a-half years after the Emancipation Proclamation was issued. The day has regained urgency this year, and Virginia NOW and National NOW join with all those seeking racial justice to re-commit to working together to build a more equitable society.
We would like to share with our readers a personal commentary in the June 19th issue of Virginia Mercury by Kai’eshia Cole. She is an organizer with NextGenVirginia, where she works with Historically Black Colleges and Universities to register and engage young voters in the political process. She lives in Norfolk. Her full commentary is here.
“In the year 2020, Juneteenth has painfully regained its importance — and grown in prominence — as we face a system that is still not here for us, a pandemic that affects our community at the highest rate, and a trend of unconscionable violence against our community. With the deaths of Breonna Taylor, George Floyd, Toni McDade, Dion Johnson, Robert Fuller, Rayshard Brooks, and so many other unnamed Black people, we are reminded of the harsh events that our ancestors had to overcome….
“Blacks in the United States are telling the world that we are not fighting for any form of supremacy, but simply the opportunity to own our existence without disruption.
“That is what Juneteenth should symbolize for us all.”
Steps – small and large – must be taken. Gov. Ralph Northam announced that he intends to mark Juneteenth as a permanent paid state holiday, starting by giving state employees a day off today. Forty-seven states have already recognized it as either a state or ceremonial holiday. The full statement is here.
Today, we re-commitment ourselves to racial justice.
Connie Cordovilla, PresidentPat Reuss, Executive VPMarj Signer, Legislative VP
Read the New York Times’ project 1619, which aims to reframe the country’s history “by placing the consequences of slavery and the contributions of black Americans at the center of the national narrative.”
Read Juneteenth: Celebrate by Committing to a More Just Society,” by Rebecca Rubin, a white woman in Fredericksburg who is the parent of a child who is a person of color.
(Thanks to Michelle Robinson at https://www.instagram.com/mister_michelle/ for permission to use the artwork here.)