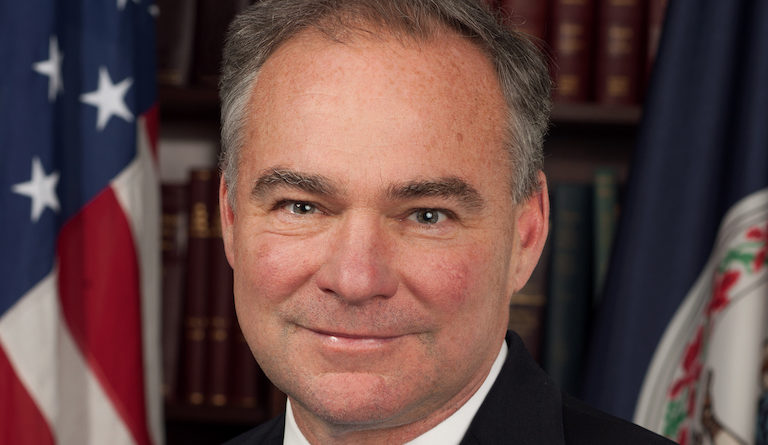 WASHINGTON, D.C.—Today, U.S. Senator Tim Kaine, a member of the Senate Foreign Relations and Armed Services Committees, introduced a war powers resolution to force a debate and vote in Congress to prevent further escalation of hostilities with Iran. Senator Dick Durbin is an original cosponsor of the legislation.

“For years, I’ve been deeply concerned about President Trump stumbling into a war with Iran. We’re now at a boiling point, and Congress must step in before Trump puts even more of our troops in harm’s way. We owe it to our servicemembers to have a debate and vote about whether or not it’s in our national interest to engage in another unnecessary war in the Middle East,” Kaine said.

War powers resolutions are privileged, meaning that the Senate will be forced to vote on the legislation. The resolution underscores that Congress has the sole power to declare war, as laid out in the Constitution. The resolution requires that any hostilities with Iran must be explicitly authorized by a declaration of war or specific authorization for use of military force, but does not prevent the United States from defending itself from imminent attack. The resolution will force a public debate and vote in Congress as intended by the framers of the Constitution to determine whether United States forces should be engaged in these hostilities.

For years, Kaine has been the leading voice in Congress raising concerns over Presidents’ efforts to expand the use of military force without congressional authorization. In September of 2017, Kaine wrote a piece in TIME warning of the consequences if Trump pulled out of the nuclear deal with Iran. In July of 2018, Kaine wrote a piece in The Atlantic warning that President Trump was blundering toward war with Iran. Kaine has introduced legislation to repeal the 2002 AUMF and replace the open-ended 2001 AUMF with a narrower authorization. He also introduced a bipartisan amendment to the national defense bill to prohibit unconstitutional war with Iran, which was supported by a bipartisan majority of Senators in June.