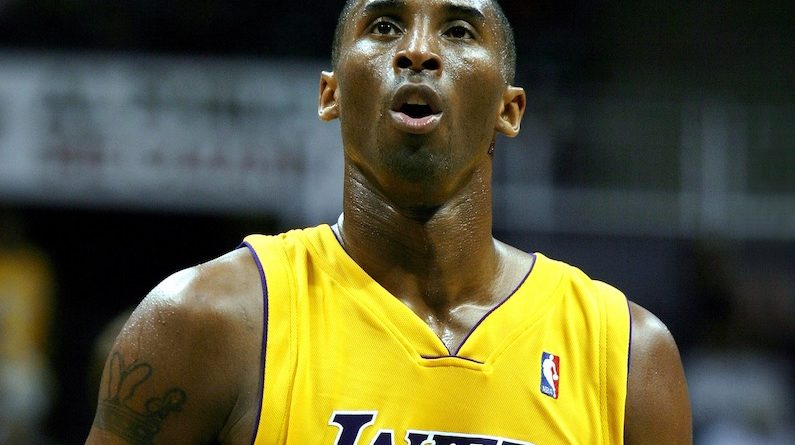 Kobe Bean Bryant, the former Los Angeles Laker icon and five-time National Basketball Association (NBA) champion died at the age of 41 on Sunday, January 26, 2020 in a helicopter crash in Calabasas, California along with his 13-year-old daughter, Gianna. The helicopter pilot, Ara Zobayan, Bryant, his daughter Gianna, and six passengers perished in the flight to Bryant’s Mamba Sports Academy in Thousand Oaks, California. The victims, along with Bryant and Gianna and Zobayan, included: John and Keri Altobelli, and daughter, Alyssa; Sarah Chester and daughter, Payton; and Christina Mauser.

According to a news report captured on LiveATC.net website, visibility was low and the pilot was flying under “special visual flight rules” (SVR).  Zobayan was a licensed commercial pilot and instrument-certified pilot as well. The cause of the crash is still under investigation.

Bryant was born August 23, 1978 in Philadelphia, Pennsylvania, the youngest of three children and only son of Joe “Jellybean” Bryant and wife, Pamela Cox Bryant. His father was an NBA player which provided the Bryant children with travels around the world. Bryant played in the NBA from for the Los Angeles Lakers from 1996 -2016 after being drafted in Round 1 of the NBA drafter and picked 13th overall.

There are no details of funeral/memorial arrangements at this time but condolence messages and tributes have continued nonstop since Sunday from inside the United States and worldwide.

Bryant leaves behind his wife of 18 years, Vanessa; daughters Natalia, 17, Bianka, 3, and Capri, 7 months; his sisters, Sharia and Shaya; and, his parents, Joe “Jellybean” Bryant and wife, Pamela.  Although there had been previous reports of a tumultuous relationship with his parents over the years, there had been reported accounts of a possible reconciliation between father and son in the recent past.

A husband, father, son, brother, friend, author, Oscar winner, and basketball legend—that is the legacy of Kobe Bryant! Bryant retired from basketball in 2016 but continued his hard work ethic on and off the court. He owned two training facilities– one in Thousand Oaks and the other in Redondo Beach, California and a production studio. Plans were on the table to continue his storytelling prowess and making films seemed to be at the forefront of his mind, second only to family life. A father’s love was evident on his face whenever you looked at a photo of Bryant with his girls. From USA Today accounts, Bryant’s daily routine was filled with work and family. An ordinary day included, work, arriving at his office by 8:30 a.m., a break around 2 p.m. to pick up his children from school and back to the office, then coaching his daughter’s an AAU Basketball team, the “Mambas”. A finesse player in her own rights, Gianna appeared to have the gift of a future great athlete.

Upon news of the deadly crash, tributes immediately came pouring in from fans in the United States and worldwide from sports figures, celebrities, former President Barack Obama, and political figures. A statement on President Obama’s twitter-feed read, “Kobe was a legend on the court and just getting started in what would have been just as meaningful a second act. To lose Gianna is even more heartbreaking to us as parents. Michelle and I send love and prayers to Vanessa and the entire Bryant family on an unthinkable day.”

As attested by many fans and friends, Kobe was Philadelphia!

Many legends of the game and friends, such as, Shaquille O’Neal, LeBron James, Julius Erving and Allen Iverson, to name a few, have made statements which have been flooding national news stations, print media and social media.

Among the messages from across the country, former basketball great, Allen Iverson, who played with the Philadelphia 76ers, made a statement.  In his statement, Iverson said, “Words cannot express how I’m feeling today. The only two words that ring in my head—devastated and heartbroken.” Iverson said one of the best memories he has of Bryant occurred in his NBA rookie year. On a trip to Los Angeles, Iverson said Bryant visited his hotel room and asked, “what are you going to do tonight’? Iverson’s response, “I’m going out to a club”, then asked Bryant what he would do. Bryant’s reply, “I’m going to the gym”.  That response, Iverson explained, was the description of who the man was, “a true student of the game of basketball and the game of life.”

Julius Erving, (Dr. J), the iconic and legendary Philadelphia 76er, played basketball with Joe Bryant on the 1976 Sixer team. He tweeted: “Sadly absorbing the tragic news about my teammate’s loss of his son and granddaughter.” He continued, “Joe and Pam, I humbly offer my condolences. Vanessa, so sorry for your loss and pray you remain strong and focused on you and Kobe’s dream for your family,” as reported on TalkBasket.Net.

Mike Gale, former San Antonio Spurs guard (1971-1985) and HBCU alumni from Elizabeth City State University in North Carolina, shared an email statement with this writer about Bryant being a teenage phenom in Philadelphia. “I just want to mention in this time of sadness, what a shocking loss this is to the “Philly Family of Basketball” along with his own family and the world.” Gale explained that “Some may or may not know that Kobe’s father, Joe, affectionally known as “Jellybean”, was a product of the Philadelphia school system as was I. Even though he {Joe} was a few years behind me, I knew Joe from playing in the Philadelphia basketball scene, thereby learning of the fantastic talent of his son, Kobe, later on.”

Bryant was not only a legendary basketball player, he was a storyteller, Oscar-winning short filmmaker, and an entrepreneur who had opened his own multimedia company, Granity Studios. Because Bryant did not believe traditional publishers would understand his ideas, concepts, he also established his own publishing company in order to maintain his intellectual property. His short film, “Dear Basketball” which was derived from a poem he wrote to announce his retirement from basketball, solidified his move from world-renowned basketball player to his next career—a passion for storytelling and making films.

If there was a concern about the impact of Bryant as a father to his girls—take a look at this response from Gianna in a question posed to Kobe about whether he and his wife would have a son to carry on his basketball legacy, Gianna replied, “I got this.”

As a reminder of life’s brevity, “do all you can, while you can, for the people you can.”