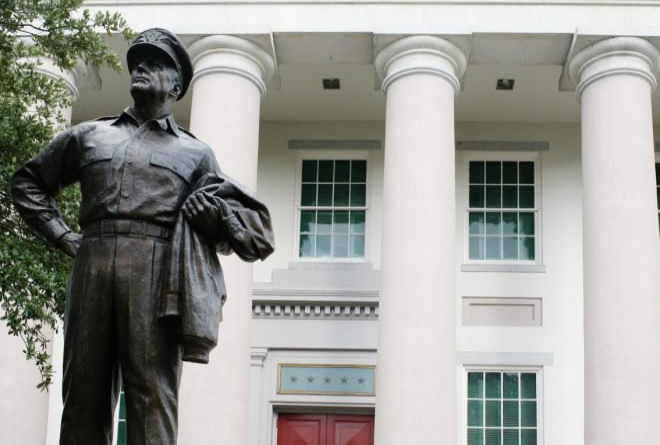 NORFOLK, Va. – The MacArthur Memorial in downtown Norfolk will host a special outdoor exhibit on MacArthur Square to commemorate the Korean War. The exhibit tells the story of the Korean War (1950-1953) using photographs and maps.  The exhibit also features an impressive international flag display honoring the countries that helped the Republic of Korea during and after the conflict.

The exhibit is in partnership with The World Peace Freedom United of Seoul, South Korea. The display has appeared many places worldwide, including the National Mall in Washington, D.C. MacArthur Square previously hosted this exhibit in 2014, 2016, 2017, and 2018.

About The MacArthur Memorial: The MacArthur Memorial was founded in 1964 as a museum and archive dedicated to the life and times of General of the Army Douglas MacArthur, who is buried in the Memorial’s rotunda with his wife Jean. The City of Norfolk operates the Memorial in close partnership with the nonprofit General Douglas MacArthur Foundation. It averages over 40,000 visitors per year, and is open free of charge. For more information, please visit www.macarthurmemorial.org.