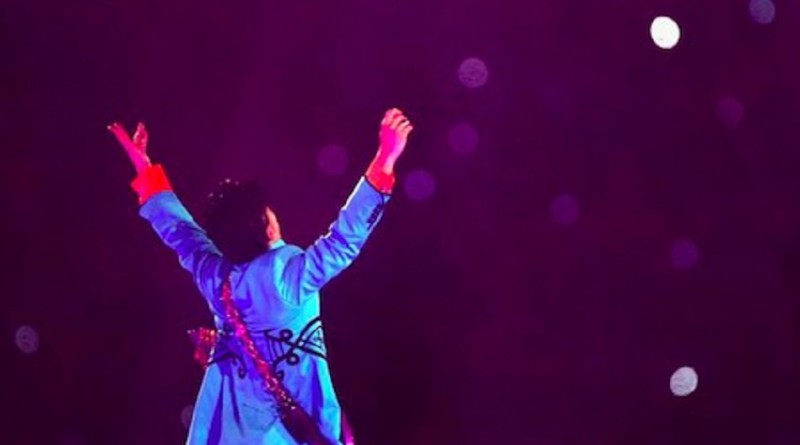 I first saw Prince as an audience member, back in 1981, when I was on a first date. My proper Bermudian beau and I had dressed in our Sunday best. We awkwardly sat front and center in orchestra seats watching this superhuman little being gyrate across the stage performing music that defied anything I had heard before. When the Purple One jumped to the highest pillar of his stage, grabbed a guitar and ejaculated light into the audience, I thought I was going to turn purple myself. Barely 20 years old and far more naive than my tender age belied, I dared not look at my date for fear that he might imagine that any such thing might happen with us!

Fast-forward through an immeasurable period of time, and I was living my umpteenth life, as creative director and editor-in-chief of Ebony magazine. Our team had worked hard to secure an interview and photo shoot with Prince, just ’cause. We wanted to know how his mind was ticking at that time. We knew that whatever he was thinking was worth knowing, and so we stalked him until he agreed to let us photograph and interview him. Our connector was Tavis Smiley, his unlikely ace. Tavis was slated to do the interview. After Prince and I met and immediately dove deep into talking about God, spirituality, the cosmos and politics, he decided I was going to do the honors. Never mind that interviewing Prince meant hand-scribbling notes, attempting to capture his transcendent funk poetry because his paranoid a– refused to let me record anything electronically.

We made magic during our brief time together. He did what he did best. He mesmerized us with his sense of self, with his specificity, with his good manners, with his musical artistry, with all that made Prince, Prince. He liked us, the Ebony team, and kept us with him well into the night, even performing, with a few band members on his soundstage, some songs he had been working out only hours earlier.

If that wasn’t enough, after I left Ebony and reopened my own business, I got a call from Prince’s manager wanting to know what I was doing and if I would be interested in doing some work with them. Huh? He invited me to join the Welcome 2 America tour to interview the opening acts, with the intention of creating a publication featuring them. An easy yes. There was Maceo Parker (James Brown’s No. 1 man), Esperanza Spalding (before her Grammy), Cassandra Wilson (whom I knew from my Essence days), Chaka Khan (who couldn’t have been more forthcoming), Mary J. Blige (my former client), Mint Condition (his homeboys), and the list goes on.

I relished intimate moments with these legends, but mostly I enjoyed being with Prince. He was brilliant, beyond definition. His mind worked differently from anyone I’ve met. He often spoke in riddles. Well-read puzzles that called upon the listener/participant to think bigger thoughts. People describe him as shy. Not. He was the freest spirit I have ever met. He was private, fiercely so. But in his controlled personal space he enjoyed soaring the clouds of history, music, racial tension, black life, and the future of our people. He loved challenging people on their beliefs, especially religious ones. He was unafraid to discuss any topic, and generally he had far more insight on any topic than anyone else in the room.

The greatest lesson I learned from Prince was that anything good is possible now. Prince did not clock time the way that others do. His sense of now was often literally now. Like when we were already on the Welcome 2 America tour and he decided to host 21 nights of concerts at the Forum in Los Angeles with all $25 tickets so that the folks could afford to attend. He damn near drove the promoter LiveNation crazy with this impossible requirement, even firing them for a spell. He put his high-heeled foot down and said it would happen.

At the same time, he implored me and my friend Paula Madison, who I had introduced to him, to make a documentary of the groundbreaking moment that was about to happen. Paula happened to own a cable channel, so even though we were days away from the opening of the shows at the Forum, we did it. We transformed the decaying space into a film studio, interviewed everybody from George Lopez to Chaka Khan, edited, and aired a special on Paula’s Africa Channel, all within a week. And we were nominated for an NAACP Image Award. We did the impossible because Prince did not believe in impossible. He imbibed the heartbeat of possibility in the now.

I have a thousand amazing memories of this amazing man. Perhaps the most tender is when he took the time out from directing a rehearsal in Los Angeles to talk to my daughter, who was then about 7. She had been learning one of his songs in school, and I had told him. He rode his bike over to see her just before a rehearsal and said, “I hear you are learning one of my songs in school.” With eyes wide open, she quietly said, “Yes, ‘Starfish and Coffee.’” He countered, “Well, I will change the playlist tonight and add that song. Will you perform it with me?” to which her eyes grew to saucer-size and she stammered, “I haven’t memorized all the words yet.” Prince said, “I don’t want you to sing it, I want you to play. Do you play the piano?” She said, “I am learning.” Prince: “Every princess must learn to play the piano,” and then he looked to my husband and me and added, “Every home should have a piano. It brings good energy and helps to grow the plants.”

While we do not have a piano today (my daughter has chosen to play the cello), I will never forget his generosity. Prince gave, endlessly, usually privately with no need or desire for acknowledgment. As much as he was a wildly sexual being, he was also a consummate gentleman and visionary.

I loved the awake-all-night year that I spent traveling the country with him. I will never forget the gut-level conviction he had that we are all expressions of God and that we all should step up and live our God selves. And now that he is gone, I remember the haunting lines of a song he sang beautifully though he did not write, “What if God was one of us?”