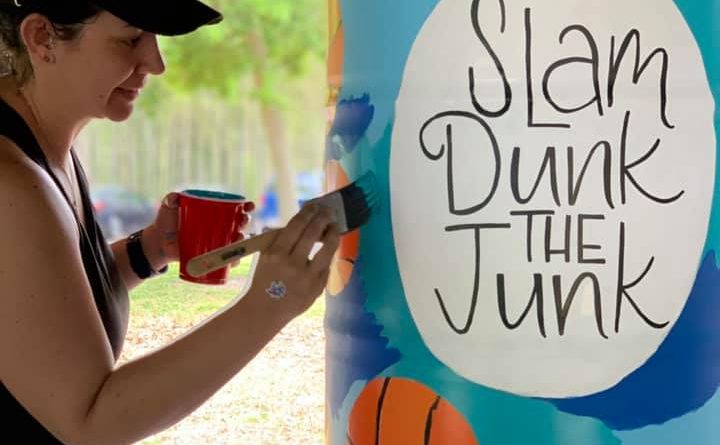 (HAMPTON ROADS, Va – May 15, 2019) – Mother Earth received an early Mother’s Day gift, courtesy of more than 1,000 volunteers who teamed up to clean up Hampton Roads, May 3-4, during the Great American Cleanup Kickoff. The event organizers, askHRgreen.org and Keep Virginia Beautiful, worked months in advance to coordinate with local volunteers, military commands and local businesses across 13 municipalities to bring the two-day clean-up event to Hampton Roads. Volunteers not only removed nearly 15 tons of litter from parks and neighborhood streets, but also tended to community gardens, improved shorelines with wetlands grasses and planted new trees.

“We are thrilled with the impact of this year’s Great American Cleanup Kickoff,” said, Keep Virginia Beautiful Executive Director Mike Baum. “The region is better off today thanks to all the volunteers who gave their time and energy to make Hampton Roads a more beautiful place to live.”

An annual Keep America Beautiful initiative, the Great American Cleanup is the nation’s largest community improvement program designed to end littering, improve recycling and beautify America’s communities. The Hampton Roads region joined community groups across the country to transform the land and water of the communities they serve—and the world we all share.

In all, Hampton Roads volunteers improved 71 public spaces in 13 cities and counties spanning from Williamsburg and Gloucester to Portsmouth and Virginia Beach. They pulled nearly 15 tons of litter out of the environment, about the same weight equivalent as eight automobiles. Items found included the expected, such as cigarette butts, food wrappers, and drink bottles and cans. Among the unexpected items were appliances, TVs, couches and over 150 tires. In community gardens, weeds were pulled, beds were mulched and new plants were added, including blueberry bushes at East Suffolk Recreation Center and Plymouth Park in Chesapeake. The HRSD Boater Education Program also got involved with the Great American Cleanup, pumping out 150 gallons of boater waste and distributing educational materials about cigarette litter and scooping the poop.

From Trash to Treasure

Not all litter removed during the Great American Cleanup was destined for the landfill. Volunteers set aside flattened metal containers, furniture fragments and anything that resembled a nose, eye, or mouth, for use by Sam Hundley, a local scrap artist. Hundley will take this former trash and transform it into an art piece to commemorate this year’s regional cleanup successes. A “reveal” of the art work will be announced later this year, with plans for it to be exhibited at locations all across Hampton Roads.

“We are so pleased with the positive impact we were able to make in Hampton Roads this year through the Great American Cleanup,” said Katie Cullipher, askHRgreen.org team leader. “We hope our volunteers will remain committed to clean communities and stay involved with volunteer efforts in their neighborhoods.”

The next major cleanup coming to Hampton Roads is just around the corner with Clean the Bay Day on Saturday, June 1. Learn how to get involved with this and other upcoming volunteer opportunities on the askHRgreen.org event calendar: http://askhrgreen.org/events-happenings/.

About askHRgreen.org askHRgreen.org is your go-to resource for all things green in Hampton Roads – from recycling tips and pointers for keeping local waterways clean to water-saving ideas and simple steps to make local living easy on the environment. Launched in 2011, the region-wide public awareness and education campaign is administered through the Hampton Roads Planning District Commission and powered by the following members: The cities of Chesapeake, Franklin, Hampton, Newport News, Norfolk, Poquoson, Portsmouth, Suffolk, Virginia Beach, and Williamsburg; the counties of Gloucester, Isle of Wight, James City, Southampton, Surry and York; the town of Smithfield; and HRSD. Like askHRgreen.org on Facebook, follow on Twitter and Instagram, tune in to YouTube and catch the “Let’s Talk Green” blog, written by a team of local experts.