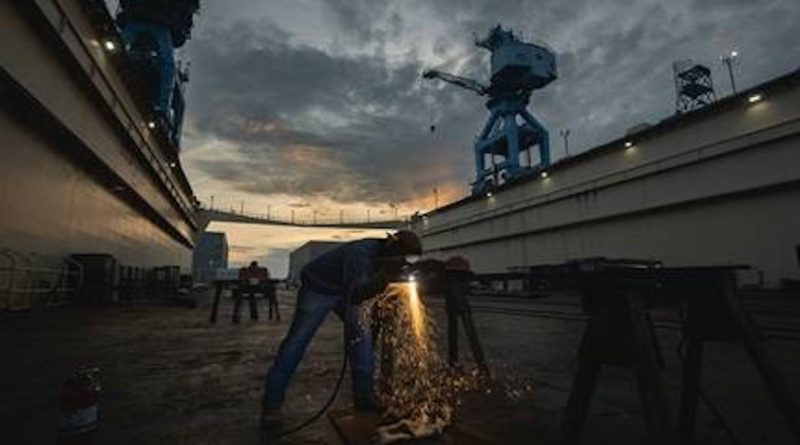 Today is Shipbuilders Day, a time to honor Virginia’s rich maritime history and the shipbuilders who design, create and maintain the most complex and advanced ships in the world. We are proud that our great city is home to the headquarters of Huntington Ingalls Industries, the largest military shipbuilder in the United States, and its 550-acre shipyard, Newport News Shipbuilding.
Newport News Shipbuilding is the largest industrial employer in the Commonwealth and the biggest shipbuilding company in the United States. More than 800 naval and commercial ships have been built at the shipyard since it was founded in 1886. The shipyard has more than 25,000 employees, many of whom are third- or fourth-generation shipbuilders and is the only designer, builder and refueler of U.S Navy aircraft carriers and one of only two providers of U.S. Navy submarines.
Tune into Newport News Television today from noon until midnight to enjoy a variety of programs highlighting Newport News Shipbuilding’s past and present. Programs include the 1986 Christening of the USS Newport News, the award-winning documentary Building Integrity, Building Ford, the 2019 Christening Ceremony for the new USS John F. Kennedy, as well as other Christening Ceremonies and behind the scenes programming. Watch on Cox Channel 48, Verizon Channel 19 or online.
Thank you to the shipbuilders and those in the maritime industry. Today we celebrate your incredible work, dedication and sacrifice!
Photo credit: Newport News Shipbuilding – Visit their website to view their photo library.