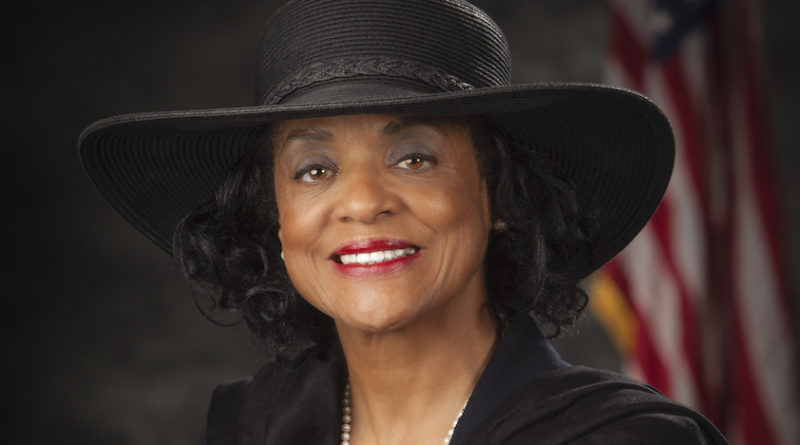 Portsmouth City Manager Dr. L. Pettis Patton has announced her plans to retire, effective December 31, 2020.  Dr. Patton, who in June of 2015 was selected by a unanimous vote of the Portsmouth City Council, began her tenure as City Manager on September 1, 2015.  In what was a return to the City of Portsmouth, Dr. Patton continued her career in public service where she has dedicated more than 35 years.

In Portsmouth, Dr. Patton has held multiple leadership positions, and has been responsible for strategic oversight of key areas in the city’s municipal government. During the decades of 1980, 1990, and 2000, her positions of Portsmouth leadership included:

Dr. Patton, who received her Ph.D. in Instructional Leadership, Recreation and Leisure Administration from Virginia Commonwealth University in Richmond, also received a Master of Education in College Student Personnel, Guidance and Counseling from the University of Louisville in Louisville, Kentucky.  She received her Bachelor of Science in Health, Physical Education, and Recreation from Kentucky State University inFrankfort, Kentucky, and is a graduate of the Senior Executive Institute of the Weldon Cooper Center for Public Service at the University of Virginia.

Prior to her return to the City of Portsmouth, she served as the Associate Director of International Outreach & Engagement and Community College Initiatives, Transfers and Caribbean Initiatives at the Illinois Institute of Technology in Chicago.  In this position, Dr. Patton was responsible for recruiting over 100 Caribbean students and worked with students in the Career Management Center.

“Your tenure as Portsmouth City Manager has been a period of growth for our city, and you created the capacity for us to continue this growth into the future,” said Mayor John L. Rowe, Jr., regarding Patton’s retirement announcement.  “We are sincerely appreciative of your enthusiasm for our community, and we have been the beneficiary of your passion for excellence.  We will miss your leadership,” Mayor Rowe added.

Dr. Patton’s vision was to position the city as a vibrant city with a bright and prosperous future, redefined by collaboration, unification, and rededication through citizen and community engagement, creating what she called the New Portsmouth.  One of her biggest goals was to ensure that the city operated at peak efficiency while maintaining the highest quality services, programs, and facilities that met the needs of the community.

Dr. Patton is credited with achieving five major initiatives during her tenure as Portsmouth’s City Manager:

In order to facilitate the successful transition in leadership, the Portsmouth City Council has retained the services of GovHRUSA, an executive level recruiting firm, which has also conducted the recent City Manager recruiting efforts for the Cities of Chesapeake and Virginia Beach.