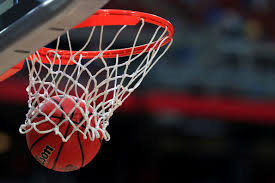 (PORTSMOUTH, VA – April 3, 2018) –“Swish!” Are you ready to hear nothing but the net at this year’s 66th Annual Portsmouth Invitational Tournament April 11 – 14, at Churchland High School? If your bracket was busted in this year’s NCAA tournament, you can look forward to a relaxing yet exhilarating display of athletic proportions, sure to not disappoint. With a rich history of 60+ years, the Portsmouth Invitational Tournament, more commonly called the PIT, is no small feat. Welcoming 64 college seniors, more than 200 NBA scouts, producing over 40 players recruited to the NBA, providing $600,000 in scholarships, and streaming online to millions worldwide, the PIT puts Portsmouth on the map. Reflecting on his own time playing in the tournament in 1952, Mahlon Parker has served as the chair of the tournament foundation for the past 25 years. “Giving back to the community and seeing what the foundation has provided to the players makes all of this worth it.” What started as an adult city league of local basketball players in 1951 at the city’s Armory, this tourney began an exciting legacy of athletic talent that citizens could view first hand. Featuring players from the local recreation leagues, the former Newport News Air Force Base, and college athletes – the idea expanded. Growing in numbers and support each year, citizens and fans began donating to ensure the program continued. With the help of donations from the Portsmouth Department of Parks, Recreation & Leisure Services and contributions from the NBA, the tournament now has its own nonprofit foundation. The Portsmouth Invitational Tournament Foundation Inc. has gained a prominent reputation within the college basketball realm, as well as the NBA and professional basketball leagues around the world. Drawing the attention of NBA scouts and general managers in the 1970s, word spread of the talent being showcased in Portsmouth. Soon after, 200 scouts and team representatives from all 30 professional teams came to see players like John Stockton, Dennis Rodman, Tim Hardaway, Scottie Pippen and many more. “I love this tournament because it focuses on small school players that don’t have the same opportunities of exposure as the bigger, well known schools,” said Parker. He also states that he has seen his fair share of tournaments and is proud to have served his community for the past 66 years. The foundation prides itself on its ability to provide scholarships to student athletes in the surrounding cities. Nearly $12,000 of the proceeds are donated to local nonprofits and charities. With immense help of 100+ volunteers, the PIT Foundation Inc. makes it bigger than just basketball.