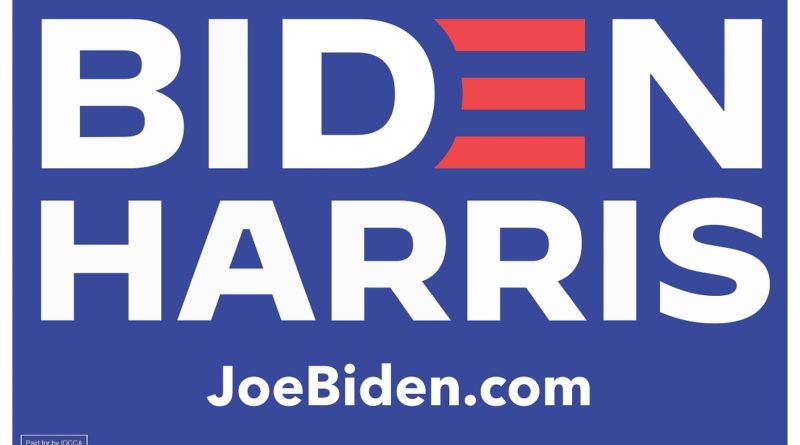 WASHINGTON – President-elect Joe Biden today announced new members of his White House senior staff. These diverse, experienced, and talented
individuals demonstrate President-elect Biden’s continued commitment to
building an administration that not only looks like America, but is also
ready to deliver results for working families on day one.

“I’m proud to name additional members of our team who will help deliver
the change America needs in these difficult times. Their dedication to
overcoming the challenges facing our country today are rooted in their
diverse backgrounds and experiences. They will serve the American people
and help build back better, creating a more just, equitable, and united
nation,” said President-elect Joe Biden.

“To bring President-elect Biden and Vice President-elect Harris’ agenda to
life you must have a boundless team of experts ready for day one. Today’s
appointees are respected leaders who will bring a commitment to serving
the American people each and every day. They will support our work to
build an administration and White House that represents America and
delivers results,” said incoming White House Chief of Staff Ron Klain.

Biographies of the appointees are listed below in alphabetical order:

Mala Adiga served as a senior advisor to Dr. Jill Biden and a senior
policy advisor on the Biden-Harris Campaign. Previously, Adiga was
Director for Higher Education and Military Families at the Biden
Foundation. During the Obama-Biden administration, Adiga served as Deputy
Assistant Secretary of State for Academic Programs at the Bureau of
Educational and Cultural Affairs, in the Secretary of State’s Office of
Global Women’s Issues as Chief of Staff and Senior Advisor to the
Ambassador-at-Large, and as Director for Human Rights on the National
Security Staff. Prior to that, she was Counsel to the Associate Attorney
General in the Department of Justice. Before entering government service,
Adiga worked on the Obama-Biden 2008 presidential campaign. Prior to the
campaign, she was a litigation associate at Kirkland & Ellis LLP in
Chicago and clerked for U.S. District Court Judge Philip Simon in the
Northern District of Indiana. A native of Illinois, Adiga is a graduate of
Grinnell College, the
University of Minnesota School of Public Health, and the University of
Chicago Law School.

Carlos Elizondo was a Special Assistant to the President and Social
Secretary to Vice President and Dr. Jill Biden for all eight years of the
Obama-Biden administration, the first Hispanic American appointed to this
position. In this role, he had responsibility for planning, managing, and
successfully executing all events hosted by the Vice President and his
family, to include visits by world leaders, members of Congress, business
leaders, and other high-ranking dignitaries and celebrities. During the
Clinton-Gore administration, Elizondo served in both the White House and
in the Office of the U.S. Chief of Protocol, where he managed numerous
state visits, Papal visits, the Centennial Olympic Games, the NATO 50th
Anniversary Summit and other international summits. Elizondo has held
several positions outside of government, including Senior Director of
Presidential Events at Georgetown University, Manager of Special
Activities and Protocol at Walt Disney World, and as an Estate Manager
overseeing operations for a private family estate. Originally from Texas,
Elizondo is a graduate of the Pontifical College Josephinum in Columbus,
Ohio. He and his partner reside in Washington, D.C.

Ambassador Cathy Russell serves on the Advisory Board of the Biden-Harris
Transition Team and served as Vice Chair of the Biden-Harris Campaign.
Before that, Ambassador Russell was a resident fellow at the Institute of
Politics at the Kennedy School of Government at Harvard University. During
the Obama-Biden administration, Ambassador Russell served for all eight
years at the White House and the U.S. Department of State, including as
Deputy Assistant to the President and Chief of Staff to Second Lady Dr.
Jill Biden and the U.S. Ambassador for Global Women’s Issues, where she
led efforts to integrate women’s issues into US foreign policy.
Previously, she served as the senior advisor on international women’s
issues on the Senate Foreign Relations Committee, as Associate Deputy
Attorney General at the U.S. Department of Justice, as the Staff Director
of the Senate Judiciary Committee, and as Senior Counsel to Senator
Patrick J. Leahy. Ambassador Russell serves on multiple boards and
advisory
committees, including board co-chair of the Women’s Foreign Policy Group,
a board member of Women for Women International, as well as a member of
the Sesame Street Global Advisory Group, the Leadership Council for Women
in National Security Steering Committee, the National Security Action
Advisory Council, the Thomson Reuters Trust Women Foundation, and the
U.S.-Afghan Women’s Council.  A native of Pennsylvania, Ambassador Russell
graduated from Boston College and the George Washington University Law
School.

Louisa Terrell currently oversees legislative affairs for the Biden-Harris
Transition Team. Terrell’s two decades of experience includes leadership
roles in the public and private sectors, including as Special Assistant to
the President for Legislative Affairs in the Obama-Biden administration.
Prior to that, she served as an Advisor to Tom Wheeler, Chairman of the
Federal Communications Commission, and worked for several years on Capitol
Hill, including as Deputy Chief of Staff for then-U.S. Senator Biden and
Chief of Staff for U.S. Senator Cory Booker. Terrell’s work outside of
government has included roles as the Deputy General Counsel and Head of
Public Affairs at McKinsey & Company, Executive Director of the Biden
Foundation, Senior Director for Federal Policy & Strategy at Yahoo!, and
Director of Public Policy at Facebook. Originally from Delaware, Terrell
is a graduate of Tufts University and Boston College School of Law, and
lives in Washington, D.C. with her husband and two
daughters.