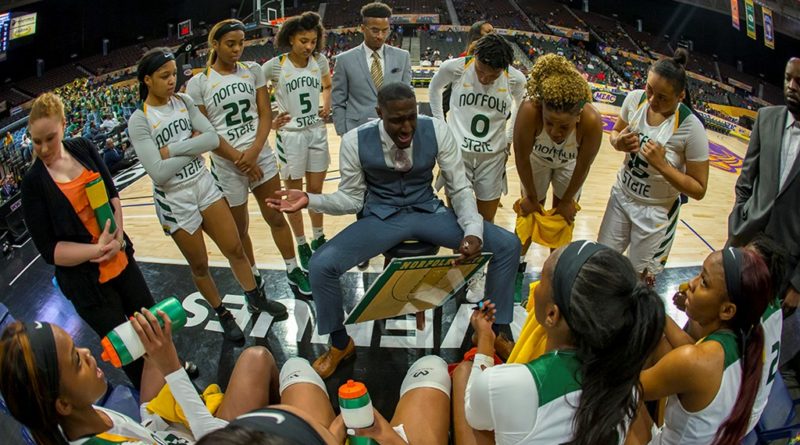 NORFOLK, Va. – William & Mary and Richmond will come to Joseph Echols Hall this year as the Norfolk State women’s basketball team announced its non-conference schedule for the year.

The Spartans will also play four non-conference games on the road, including contests at UNCW, Liberty, Robert Morris and Wake Forest.

“We have some really tough non-conference games that will provide us with a lot of challenges early on,” head coach Larry Vickers said. “Geographically, this is about the best schedule we could have put together. We tried to put together a schedule where we are able to make some day trips and sleep in our own beds.”

The games against Richmond and William & Mary will start at 2 p.m., while the contest against Salem College will begin at 4 p.m.

The MEAC already released the conference schedule on Oct. 22. It was also announced today that all home conference doubleheaders for the Spartans will start at 4 p.m. on Saturdays and 5:30 p.m. on weekdays.

Other non-conference games could be added to the schedule later in the year.

Schedule Information
The Spiders will make a return trip to NSU after last year’s contest at Richmond. That game marked the first ever matchup between the two schools and was won by Richmond by a 77-69 margin.

Norfolk State last played UNCW four seasons ago on the road. The teams have played four times total in their history, a pair of home-and-home series from 2001-03 and again from 2015-17. The Spartans have never faced Salem College, which is based in Winston-Salem, N.C.