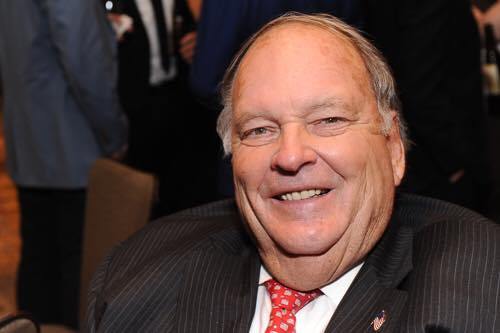 “I’ve known John Hager for more than 30 years and I can attest that John epitomized the very definition of a true public servant. We worked together on the Virginia Health Care Foundation to ensure all Virginians had access to health care. And during my time as Governor, I was proud of the work he did on my Cabinet, serving as the Director of Homeland Security. John was a great Virginian, who, despite the remarkable obstacles he faced in his personal life, was able to persevere and give back to his community. John was a great friend to me and the Commonwealth he served.

“I want to offer my sincerest condolences to Maggie, the boys, and the entire Hager family on their loss. I will miss him greatly.”

“John Hager devoted his life to public service, and I admired his love for our country and for Virginia. “He served in the Army and worked as a businessman, but he will be remembered as a volunteer, an athlete, an author, and a patriot. “I first met John after running for public office, and he helped me learn the job of being Lieutenant Governor. Anyone who worked in Virginia politics quickly learned that John was everywhere, and no one outworked him. He earned victory and knew defeat, and he kept going. John held fast to his principles, and he knew when to reach across the aisle to compromise. Our country misses his example.

“Most of all, John was a family man. Pam and I send our thoughts and prayers to Maggie, Jack, Henry, and the entire Hager family. “I have ordered Virginia state flags to be flown at half-staff for ten days in John’s honor.”