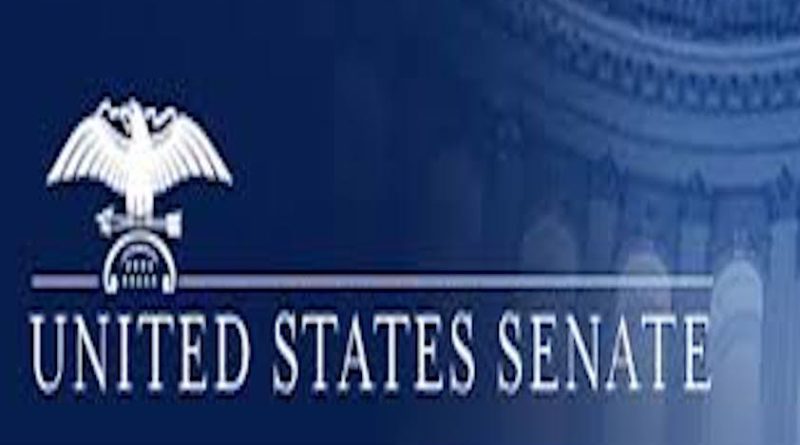 BROADCASTERS: In a statement, Sen. Mark R. Warner (D-VA) said he is hopeful that the Senate can vote tonight to approve a bipartisan agreement between Senators and the Trump Administration on a multi-trillion dollar aid package to help workers and small businesses weather the economic effects of the coronavirus pandemic, and provide additional funding for hospitals, medical personnel and first responders on the front lines of the health crisis.

Speaking from his office in the U.S. Capitol, Warner highlighted several provisions in the bill that he said would help Virginians who are suffering economically as a result of widespread business and other closures intended to slow further spread of the virus, including:

Warner noted that he spent days engaged in direct negotiations with Treasury Secretary Steve Mnuchin to secure historic financial protections for workers and small businesses as part of the relief bill, expected to be the largest-ever aid package of its kind.

Senate leaders have indicated that the bipartisan agreement will be voted on as soon as tonight and House Speaker Nancy Pelosi has reportedly signaled that the House is expected to pass the Senate bill and send it to the President’s desk.

Warner pushed congressional leaders to move with a sense of urgency and provide relief quickly to Virginians, saying, “My hope is that as this bill is rolled out, and more importantly the programs are rolled out, that we can get the assistance as quickly as possible to Americans who need it.”

“Hi, Senator Mark Warner here. I wanted to bring you up on the latest steps of what’s been taking place here in Washington on dealing with the coronavirus. I’m going to talk about the legislation that, by the time you see this, hopefully will have become law. I’ve been working on it – I’ve literally been closeted with the Secretary of the Treasury and other Senate colleagues, for hours on end as we try to make sure that this relief package – which will go down as the largest relief package ever in American history – was done right, was done smart, was done with the appropriate oversight that I think all Americans deserve.

“I will tell you that in negotiating with the Secretary, I think he has been straightforward and a fair negotiator and my hope is that as this bill is rolled out, and more importantly the programs are rolled out, that we can get the assistance as quickly as possible to Americans who need it. Let me go through some of the key provisions.

“First, there will be direct payments of $1,200 to every American adult up to a certain income threshold, along with close to $500 to $600 per child. So most average families would see an influx of around $3,000 dollars. We want to make sure that capital gets out there quick and in an efficient manner.

“Third, we’ve greatly expanded – for those workers who are laid off – unemployment insurance. This will finally cover the whole segment of the workforce – gig workers, independent contractors, freelancers – who in previous unemployment programs didn’t receive any coverage. I think that’s an important, important step.

“I’ve also been working on a program to make sure that businesses larger than small businesses – for example, over 500 employees – have access to credit as well. An awful lot of Virginians and an awful lot of Americans work at those firms with 800, 1,000, 1,200 folks, and I wanted to make sure there were low-interest loans for these businesses but I also wanted to make sure that these funds were not used for stock buybacks, dividends, or executive compensation. And in all of these lending programs, I wanted to ensure as well that there was appropriate transparency so we wouldn’t see some of the abuse that took place after the financial crisis in 2008 and 2009.

“And finally, in a major way, there is over $100 billion dollars – what we’re calling, in a sense, a Marshall Plan for hospitals and health care across the country.  These are folks who are helping keep us safe and they need to get these resources, whether they’re in nursing homes, whether they’re at the doctor’s office or in hospitals to make sure they, EMTs and first responders, both have the equipment they need and also the support they’ve need. We’ve asked hospitals, for example, to not perform elective surgeries – that’s where hospitals generally make their money. Having somebody in that’s quarantine with the need for respirators, that is not a money-making item for hospitals, so we need to provide the financial support there.”