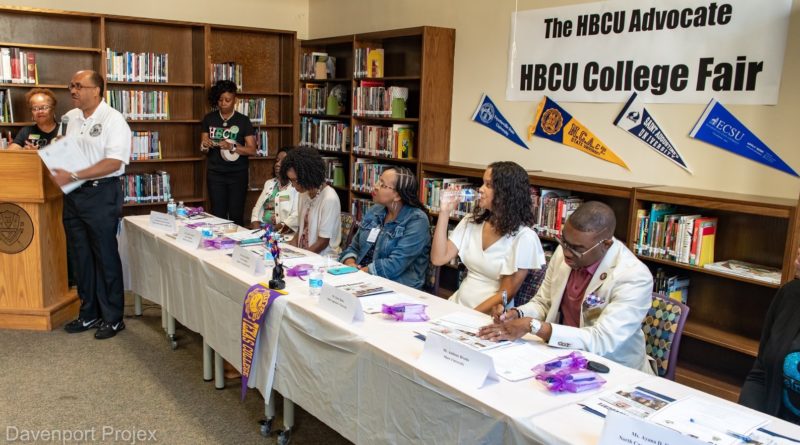 Historically Black Colleges and Universities in the U.S. were initially established to provide Blacks access and entry to institutions of higher education.  Brown versus Board of Education and the Civil Rights Movement, in the 1950s and 1960s made historical gains to end segregation and demand that everyone regardless of race have access to quality education.  Many states in the U.S. especially in Southern states denied Blacks access to enter their educational institutions.

Today HBCUs stand as a bastion of learning, research, pride, tradition and a unique cultural experience for people around the world. Students of any race, creed, color, socio-economic back ground can gain admission to the more than 100 HBCUs in the U.S. There are public and private HBCU institutions. Today students have the right to attend any institution of higher education granted they meet the admission requirements of the institution. However, history lessons teach us that there are still many factors and unwritten rules that deny students of color entry to Predominantly White Institutions (PWI). For those yearning students Historically Black Colleges and Universities are still the best opportunity to pursue higher education.

On Saturday, September 21, 2019 Sigma Tau Omega (STO), Cary, North Carolina Chapter of Alpha Kappa Alpha Sorority Incorporated (AKA) held its fifth annual college fair on the historical campus of Broughton High School in Raleigh North Carolina.  Since its founding in 1908 on the campus of Howard University, AKA remains committed to supporting the Nation’s HBCUs. So much so, Glenda Baskin-Glover, President of this illustrious Sorority prioritized under her administration HBCU for Life: A Call to Action, to engage her 1021 chapters and 300,000 members to raise money and implement events to educate and partner with HBCUs.  In her first year, she has raised more than a million dollars to support HBCUs around the nation.  President Baskin-Glover also serves as the President of Tennessee State University, an HBCU in Nashville Tennessee.

The College fair kicked off with a breakfast with greetings form Sigma Tau Omega President, Stephanie Davenport and opening remarks from Angela Jones, Publisher of the HBCU Advocate newspaper. The breakfast was designed to bring North Carolina’s middle and high school counselors together to engage in conversation with HBCU recruiters and other administrators from institutions of higher education. Among those present was Everett Ward former President of Saint Augustine’s University in Raleigh, NC and Linda Simmons Henry, National Historical HBCU Archivist. The conversation unraveled myths and created a platform to educate students about the opportunities and advantages of attending an HBCU. After stimulating conversations and plans of future collaborations, the counselors and HBCU recruiters from twenty colleges and universities headed into the gymnasium to prepare for the arrival of more than 350 high school students nervous with excitement about this new impending chapter in their lives. The colleges and universities present included: Elizabeth City State University, Fayetteville State University, Fisk University, Florida A& M University, Hampton University, Howard University, Livingstone College, Morehouse College, Norfolk State University, North Carolina A&T, North Carolina Central University, Saint Augustine’s University, Shaw University, Spelman College, Tuskegee University, Virginia State University, Virginia Union University, Wilberforce University, Winston Salem State University. The day concluded with workshops about taking the ACT and SAT, importance of tutoring, how to pay for the HBCU College experience and the North Carolina Department of Transportation presented about their scholarship and summer internship program for college students. Sigma Tau Omega’s CAP (College Admission Program) assisted students with completing college applications. Students and parents departed the day with information and resources to prepare for entrance into these illustrious institutions. As long as there are institutions of higher education, the Torch will forever remain bright at Historically Black Colleges and Universities around the U.S and their legacy will continue.