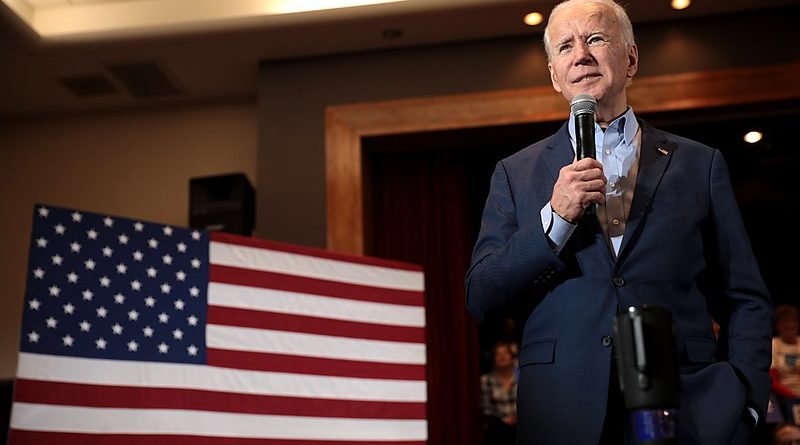 Violence against women and girls is a global epidemic, affecting millions. As many as 1 in 3 women is the victim of gender-based violence at some point in her life, and that rate is even higher for women of color, lesbian and bisexual women, transgender individuals, and other members of vulnerable or underserved communities. This year, the COVID-19 pandemic has made matters worse, creating a “shadow pandemic” for many women and girls who are largely confined to their home with their abuser and facing economic insecurity that makes escape more difficult.

Today, on the International Day for the Elimination of Violence Against Women, I reaffirm my commitment to restore U.S. leadership in confronting this global scourge — and that starts right here at home. Writing and passing the Violence Against Women Act as a United States Senator remains one of my proudest legislative achievements. As vice president, I worked to end the culture of sexual assault and silence in this country by strengthening Title IX protections for students and creating the “It’s On Us” program to help empower people to intervene to prevent sexual assault. As president, the vice president and I will work with the Congress to reauthorize the Violence Against Women Act. We will also address the growing rates of domestic violence and sexual assault during the COVID-19 crisis and restore Title IX protections for student survivors of sexual assault, stalking, and dating violence.

Our administration will renew the power of our example overseas and rejoin global efforts to confront gender-based violence in all its forms. We will ensure that women and girls fleeing gender-based violence in other parts of the world can seek asylum here and that visas are available to protect survivors who are not U.S. citizens. And as commander-in-chief, I will make it a priority at the highest levels to end the scourge of sexual violence and harassment against women service members.