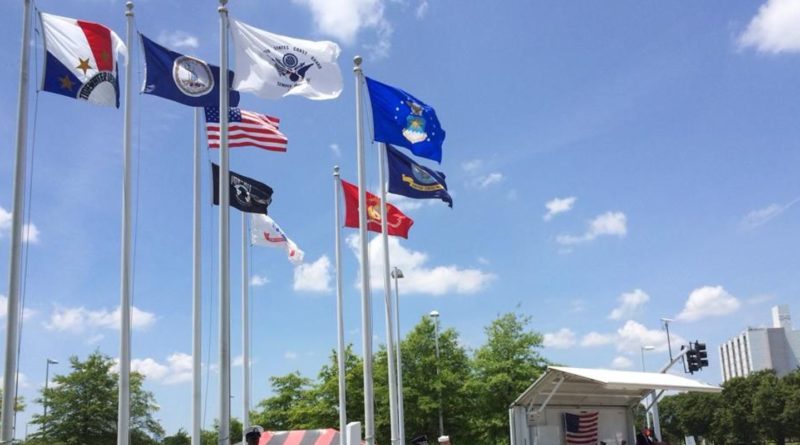 (VIRGINIA BEACH, Va. —May 15, 2019) – Join Mayor Robert M. “Bobby” Dyer and the Mayor’s Veterans Committee as they host the annual Memorial Day Ceremony, Monday, May 27 at noon at the Tidewater Veterans Memorial, 1000 19th St., across from the Virginia Beach Convention Center.

This annual event is held to honor and pay tribute to the men and women of the armed forces “who gave their all.”

As part of the opening ceremony, the Virginia Beach Police Department’s Honor Guard Unit-Rifle Team will provide a 21-Gun Salute, followed by the Invocation given by Chaplain David Yemington, Vietnam Veterans of America and Virginia Beach Chapter 969. Music will be provided by the United States Air Force Heritage Brass and the National Anthem and “God Bless America” will be performed by Tony Zontini of Virginia Beach. Following opening remarks by CDR Edward T. McCarthy, USCGR (Ret.), Mayor Dyer will provide the keynote address. Mayor Dyer was sworn in as Mayor on Nov. 20, 2018 and is the first Veteran to be directly elected as mayor in Virginia Beach history. Dyer served in the United States Marine Corps from 1968 to 1972. Before being sworn in as Mayor, Dyer represented the Centerville District for 14 years.

Military commands and organizations are invited to bring wreaths to place at the memorial during the formal ceremony on behalf of their command. The public is also invited to attend. Citizens who would like to place an American flag (provided) around the base of the memorial to honor a relative or friend are encouraged to arrive prior to the commencement of the formal ceremony. The flags will remain in place for one week.

PARKING: Due to an event being held at the Virginia Beach Convention Center, parking for the Memorial Day Ceremony will be extremely limited. Satellite parking with shuttle service to the Memorial will be available from the Towne Bank Business Building at 2101 Parks Ave. and at Towne Bank, 600 22nd St.