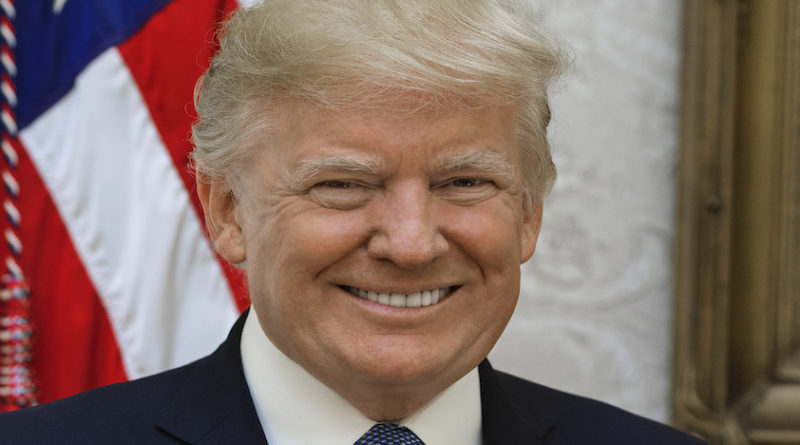 WASHINGTON – Today, U.S. Secretary of the Interior David L. Bernhardt
announced the establishment of the Medgar and Myrlie Evers Home National Monument in Jackson, Mississippi as the 423rd unit of the National Park System. The monument was authorized by the  John D. Dingell, Jr.
Conservation, Management, and Recreation Act (P.L. 116-9), which was
signed by President Trump on March 12, 2019.

Acquired by the National Park Service (NPS) by way of conveyance from
Tougaloo College on June 18, 2020, the new monument commemorates the
legacies of two civil rights activists who, from their modest, 3-bedroom
ranch home, devoted their lives to ending racial injustice and improving
the quality of life for African Americans.

“It is an honor to establish the Medgar and Myrlie Evers Home National
Monument,” said Secretary Bernhardt. “Medgar Evers was a true American
hero who fought the Nazis at Normandy and fought racism with his wife
Myrlie on the home front. It is our solemn responsibility as caretakers
of America’s national treasures to tell the whole story of America’s
heritage for the benefit of present and future generations. The life
works of these great Americans helped shape our nation in making the
United States a more perfect union, and for that, we should all be
grateful.”

“We are so pleased that the National Park Service has made our family
home in Jackson, MS, a National Monument. Our parents sought justice and
equality for all Mississippians and knew such change locally would impact
globally. Living a life of service, our parents didn’t make sacrifices
for accolades or awards. Our father fought for his country during World
War II, and our mother equally served on the battlefields here in
America. The battle continues to ensure that all Americans deserve life,
liberty, and the pursuit of happiness,” said Reena and James Van Evers,
the two surviving children of Medgar and Myrlie Evers. “We are delighted
that our house, always enclosed in love and respect, is nestled in a
community that provides hope and opportunity. It’s still serving as a
reminder of our divided past and an educational tool to bring knowledge,
excellence, and positive participation to all who visit to study icons in
American history: our parents, Medgar and Myrlie Evers.”

“It is a privilege to join Secretary Bernhardt in announcing the addition
of the Medgar and Myrlie Evers Home National Monument as the 423rd park to join the National Park System,” said Margaret Everson, Counselor to
the Secretary, exercising the delegated authority of the National Park
Service Director. “President Trump and Secretary Bernhardt have made
enormous contributions to our efforts in the National Park Service to
more fully tell the story of America’s Civil Rights movement. The
addition of this site is a fitting tribute to these two influential civil
rights activists who devoted their lives to the cause of equality.”
“The Medgar and Myrlie Evers Home serves as a permanent reminder of the legacy of the Evers family, whose contributions advanced the cause of
justice in our nation,” said U.S. Senator Roger Wicker. “I was proud to
champion legislation with Representative Bennie Thompson and Senator
Cindy Hyde-Smith to designate this historic site as a national monument
and preserve it for future generations. I appreciate President Trump, the
National Park Service, and the Department of the Interior for their work
to make this designation a reality.”

“The national monument designation represents a great honor for the Evers family and their sacrifices and accomplishments for the cause of civil
rights. This new national site will also stand in recognition of the
overall pursuit of equality and justice in Mississippi and our
nation,” said U.S. Senator Cindy Hyde-Smith. “I am proud to have worked
with Senator Wicker and Congressman Thompson to secure this designation.”

“I, like many others, was inspired by the magnitude of determination Mr.
Evers showed by dedicating himself to others and fighting against
adversity,” said U.S. Representative Bennie Thompson. “The designation of
his home is an everlasting tribute to his legacy. The importance of
protecting the heritage and important artifacts for the enjoyment of all,
and historical understanding, cannot be overstated. As many members of
communities, their existence contributes to local economies directly and
indirectly. I am honored that the legacy of an icon in American history,
Medgar Wiley Evers will forever be preserved. Mr. Evers was an
inspiration to all Americans by dedicating his life to others and
fighting against racism and discrimination.”

“The Medgar and Myrlie Evers Home designation as a national monument and its management by the National Park Service is another significant and
historic milestone in Tougaloo College’s history. We are honored to
partner with the National Park Service to advance the legacy of Medgar
and Myrlie Evers and preserve their home, both of which are significant
to the Civil Rights Movement in Mississippi. The monument will be
important to the study and understanding of the civil rights struggle. We
are excited about the college’s continued role in developing
interpretative and educational programming for the monument to introduce students to Medgar Evers’ work and inspire them to learn more. This is indeed a great day in the history of Tougaloo College, the state of
Mississippi and America,” said Tougaloo College President Carmen J.
Walters.

The newly acquired property will be managed and operated by the National
Park Service. While the home is not currently open to public tours, in
the coming months the National Park Service will work with partners and
the community to develop plans to accommodate visitors. The national
monument consists of an approximately 0.15-acre parcel of land and the
Evers’ home.
This release can also be found at
https://www.nps.gov/orgs/1207/trump-administration-establishes-medgar-and-myrlie-evers-home-national-monument.htm.