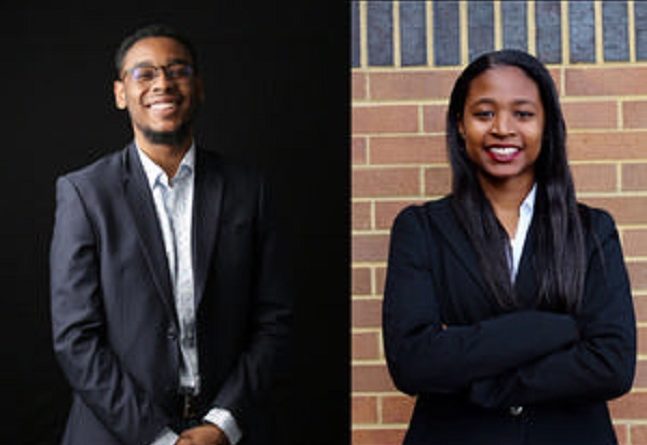 “We are extremely proud of these extraordinary students. This is the type of success that Hamptonians gain through hard work, perseverance and dedication. There is a bright future ahead for these young journalists,” said Hampton University President, Dr. William R. Harvey.

A panel of senior editors at The Undefeated – ESPN’s multiplatform initiative focusing on the intersections of sports, race and culture – and former New York Times award-winning sports columnist Bill Rhoden, selected the Fellows from a pool of HBCU applicants across the country.

The Fellows will work as stringers during the academic year, covering and reporting sports, as well as general news, at their respective universities for The Undefeated’s HBCU vertical. They also create and produce weekly multimedia content, and host and produce podcasts addressing resonant issues and topics affecting young people. During the summer, the Fellows work 40-hour weeks at ESPN offices in New York City and at The Undefeated in Washington, D.C. where they gain first-hand experience in all aspects of sports journalism.

Funded by ESPN, the Rhoden Fellowship is a one-year program founded by former New York Times award-winning sports columnist William C. Rhoden, who joined ESPN’s The Undefeated in October 2016 to run the fellowship program and serve as columnist and editor-at-large. The fellowship – established as part of The Undefeated’s mission to develop new voices and serve as an incubator for future sports journalists of color – is open to outstanding undergraduate students at HBCUs.

“The Rhoden Fellows Program already is making a difference. Some graduates are out in the world now starting to put a stamp on our profession. We welcome this newest class to add to the pipeline of excellence we’re building,” said Kevin Merida, senior vice president and editor-in-chief, ESPN.