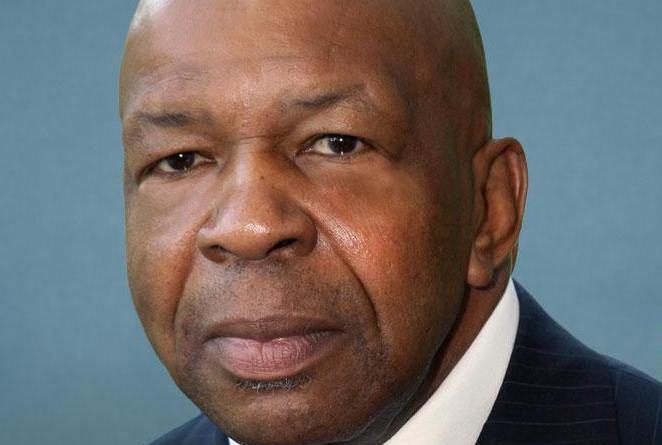 Rep. Elijah Eugene Cummings (January 18, 1951 – October 17, 2019) dies at age 68. He succumbed to “longstanding health issues” at Johns Hopkins Hospital in Baltimore, Maryland at approximately 2:45 a.m. on Thursday, October 17, 2019, according to his congressional office. Cummings, who was a revered civil rights activist and staunch supporter of education, graduated from the famed HBCU- Howard University in Washington, D.C.
He was born in Baltimore, Maryland to parents, Ruth Elma and Robert Cummings, Sr. A son of sharecroppers from South Carolina who moved to better there socioeconomic status in the 1940s, Cummings rose from his close-knit family and neighborhood in Baltimore to the halls of the United States House of Representatives in Washington, D.C. eventually serving as the Democratic chair of the powerful U.S. House Oversight and Reform Committee, which is currently involved in the impeachment inquiry of President Donald J. Trump.
Even upon his deathbed, Cummings was deliberate in his search for justice: he signed two subpoenas as part of his congressional oversight. Dr. Maya Rockeymoore Cummings, his widow, stated Cummings was intentional in his advocacy for justice. According to the statement she released on Thursday, “He worked until his last breath because he believed our democracy was the highest and best expression of our collective humanity and that our nation’s diversity was our promise, not our problem.”
Cummings began his political career in the Maryland House of Delegates where he served from January 12, 1983 to January 10, 1996. One of the many accomplishments during his storied career, he was the first African American in Maryland history to serve as Speaker Pro Tempore in the House of Delegates according to news releases. A member of the U.S. House of Representatives from Maryland’s 7th Congressional District from April 16, 1996 to October 17, 2019, he served as chair of the House Oversight Committee from January 3, 2019 until his death.
A proponent of education, Cummings graduated from Baltimore City College high school in 1969; received his B.A. degree in Political Science from Howard University; and Juris Doctorate from the University of Maryland School of Law in1976. He was a member of Phi Beta Sigma Fraternity. Prior to being elected to Congress, Cummings practiced law for 19 years.
Public servant, a devoted civil rights activist, a man who fought for his Maryland constituents and people from across this country, Cummings was respected by political colleagues on both sides of the aisle but also remembered for being kind and gracious. Cummings stood for his beliefs and up to those in power. During his life and stealer political career, he received numerous accolades and honors. According to his biography, Cummings served on boards and commissions including the University of Maryland Law School Board of Advisors and Board of Visitors to the U.S. Naval Academy; also wrote a biweekly column for the Baltimore Afro-American newspaper.
Many colleagues and friends expressed their sentiments of sorrow upon hearing of Cummings’ death. Among them, friend, U.S. Rep. Jim Clyburn (D-SC) and morning news show host, Joseph Scarborough (former Republican Congressman) and Mika Brzezinski, voiced their condolences early Thursday morning. Longtime friend, Rep. Clyburn said, “we have lost a giant” as he remembered how courageous Cummings was in his persistence for justice and fair play. On his morning show, Scarborough said he was heartbroken. “Cummings was a dear friend and trusted colleague. There is a great hole in our hearts.”
Former President Barack Obama released a statement Thursday describing Cummings as “steely yet compassionate, principled yet open to new perspectives.” Obama also said “As Chairman of the House Oversight Committee, he showed us all not only the importance of checks and balances within our democracy, but also the necessity of good people stewarding it.”
A fiery speaker for justice, Cummings voice was silenced on Thursday, October 17, 2019 and will be missed. In February as the country teetered on the edge of a White House scandal involving former Trump lawyer, Michael Cohen, Cummings displayed his “humanity to man.” Cummings thanked Cohen for agreeing to testify in front of the Oversight Committee; he assured Cohen that even though facing his destiny of a three-year prison sentence would be tough, Cohen should think about his legacy. Cummings declared, “When we are dancing with the angels, the question will be asked in 2019, ‘What did you do’…?” Prayerfully, Cummings is now “dancing with the angels.”
Funeral arrangements were incomplete at the time of this writing.