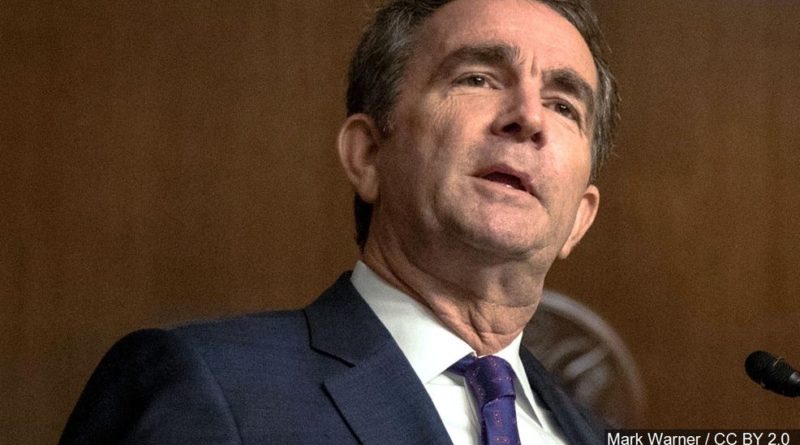 Virginia celebrates completion of work to rebuild oyster population in the
Eastern Branch of the Elizabeth River  Commonwealth of Virginia Office of
Governor Ralph S. Northam

NORFOLK—Governor Ralph Northam visited the Elizabeth River Project’s Learning Barge today where he celebrated the restoration of the Eastern Branch of the Elizabeth River and announced $10 million in new funding to support future oyster restoration in the Chesapeake Bay. This spending commitment marks the first time that capital funds, which are typically reserved for infrastructure projects, have been explicitly used to restore Virginia’s natural resources.   “Virginia has made tremendous progress in improving water quality in the Chesapeake Bay, reviving oyster habitats, and building a legacy of environmental stewardship,” said Governor Northam. “This investment is a recognition that our natural assets are just as important as roads and buildings. The new funding stream that I proposed and the General Assembly adopted in our state budget will ensure that we can meet our restoration goals and achieve a clean and healthy Bay for the benefit of our communities, our economy, and our ecosystems.”

Oysters are an important species in the Chesapeake Bay ecosystem, filtering and removing excess nutrients like nitrogen from the water. In addition to spawning and producing more oysters throughout the Bay, restored oyster reefs provide critical ecosystem services including shoreline protection and habitat for fish, crabs, and other aquatic life.   “Governor Northam and the General Assembly have set an important new precedent for funding green
infrastructure by including capital funds for ecosystem restoration, “
said Secretary of Natural Resources Matthew J. Strickler. “Thanks to the
work of the Virginia Marine Resources Commission, the Elizabeth River
Project, the National Oceanic and Atmospheric Administration and other
partners, we are already seeing improvements in water quality and more
oysters. This $10 million investment will ensure our critical restoration
work can continue.”   The effort to restore native oyster populations in
the Chesapeake Bay is one of the largest and most aggressive in the world.
With the signing of the Chesapeake Bay Watershed Agreement, Virginia and
its partners committed to restoring native oyster populations in 10
tributaries by 2025. Since then, Virginia has restored 240.5 acres of
native oyster habitat building on earlier restoration of 473 acres. This
restoration work has vastly improved water quality and generated billions
of baby oysters in the Bay.   “The Virginia Marine Resources Commission is
proud of the restoration efforts completed this summer to clean up one of
the most polluted tributaries on the Chesapeake Bay,” said Virginia Marine
Resources Commissioner Steven G. Bowman. “We look forward to working with our partners and continue our success in the remaining tributaries.”
Over the summer, the Virginia Marine Resources Commission deployed 10,500 tons of rock and 100,000 bushels of shell to restore 21 acres of oyster
habitat in the Eastern Branch of the Elizabeth River. This oyster
restoration work is the result of a partnership between the Elizabeth
River Project and Virginia Marine Resource Commission, with funding from
an historic settlement with Atlantic Wood Industries to clean up its
Superfund site and help the river recover from decades of pollution.   The
completion of this project marks the second of six tributaries that have
been restored as part of Virginia’s commitments to improve the health of
the Bay. The restoration of the Lafayette River was completed in 2019 and
work in the Lynnhaven River is ongoing. This $10 million investment will
support efforts to create and restore oyster habitat in the Piankatank,
Great Wicomico, and York Rivers.   Photos from the Governor’s announcement at the Elizabeth River Project’s Learning Barge in Norfolk and boat ride across the river to place substrate on the reef are available below.