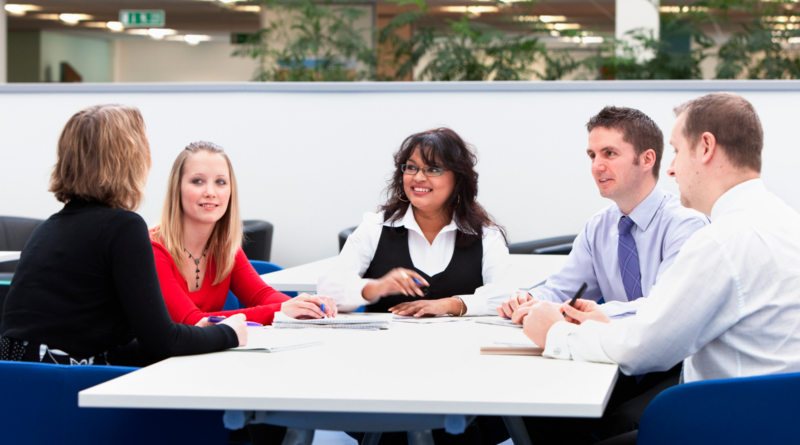 Your 20s can be a confusing time.

You might not be in school anymore, but you still have plenty to learn before you’re a fully functioning adult.

Meaning now, you’re on your own.

To help you navigate this tricky decade, we reviewed several Quora threads on helpful skills and ways to spend time in your 20s and highlighted the most useful insights.

Here are the life skills every 20-something should master.

1. How to just be honest

When you’re late to an appointment, it’s tempting to pin the blame on gridlock or train delays.

Instead, says Quora user Michael Hoffman, “just apologize. You don’t have to give details. ‘I planned poorly’ is a hundred times better than risking your integrity by inanely blaming traffic.”

2. How to receive criticism

No one likes to be told they’re wrong or even that they could be doing something more effectively. As Abhinav Gupta writes, it’s easy to resent the person critiquing you or completely ignore them.

Nonetheless, Gupta says, “in order to succeed in life you should always accept criticism and always respond positively to it and never think ill of people who point out your mistakes.”

3. How to start an interesting conversation

“Conversation-making is probably the most underrated skill,” says Deepak Mehta, who admits that he’s a shy person who’s always found it difficult.

But experience has taught him that if you dare to strike up a discussion with the person next to you, you might very well end up with a new friend, a business connection, or some novel insights on an old topic.

Start with these 13 ways to get better at small talk — like asking open-ended questions.

4. How to ask for something you want

“The ability to ask is the easiest, most underutilized skill to catapult your career,” writes an anonymous user.

But if you don’t muster up the courage to request a raise, a promotion, or a bigger sales deal, you have no chance of getting it.

If the thought of requesting what you want makes you anxious, the user suggests practicing in non-work-related contexts. For example, you could ask a vendor at a farmer’s market for a lower price on your vegetables.

“The more you put yourself in uncomfortable situations,” the user writes, “the more likely you’ll decide they’re not that uncomfortable after all.”

5. How to keep your promises

Maybe you told a friend you’d show up to his birthday party, or maybe you agreed to finish an extra assignment for your boss. Whatever the situation, you should make good on your word.

“Break [your promise] and people lose trust and faith in you, which, over time, is very hard to mend,” Hoffman says.

6. How to communicate effectively

No matter your career field, you can always improve the way you speak and write.

“Think about ways to challenge yourself and tweak how you write an email or behave in a meeting,” the anonymous user suggests.

Here’s an example: “During your next team meeting, resist talking about your idea or opinion right off the bat. Instead, count to five, and if you still feel like you have something relevant to contribute, speak up. On the flip side, if you’re shy, challenge yourself to say what you’re thinking, instead of remaining silent.”

7. How to be resilient

The rest of your life is bound to include setbacks, sadness, and frustration (in addition to joy and excitement!). Carolyn Cho says you should use your early adulthood to figure out how to recover from mishaps:

“Your 20s [are] a time when most are relatively free of the responsibilities that will increase into your 30s and 40s. This is a great time to experiment, fail, and bounce back. Learn how to ride out failure and persevere.”

8. How to demonstrate good table manners

“Chewing loudly, or eating with your mouth open, licking fingers and utensils (yes, I’ve seen it), elbows on the table, just shows a lack of manners and social skills.”

9. How to live within your means

Cho advises young adults to think carefully about all their expenditures:

“Luxuries are a wonderful thing only if you can truly afford them. Don’t be a slave to funding a lifestyle that will not last. Learn to live modestly and save up, and then you will have earned the right to purchase yourself some treats, in moderation.”

10. How to deal with rejection

Many people use their 20s to try new experiences, jobs, and romantic partners. Some of those attempts will work out, and some won’t.

According to Joe Choi, it’s a good opportunity to learn how to deal with rejection, whether it’s from a dream employer or a date: “It’s a tough pill to swallow but realize that rejection is quite normal. It’s hardly ever personal and most importantly it’s not the end of the world. Don’t dwell on it. Keep your head high and keep trucking along.”

“Life is full of challenges. The 20s are a great time to toughen up and start teaching yourself how to be emotionally and mentally resilient enough to weather both the joys and hardships to come.”

11. How to learn without a textbook

Studying shouldn’t be limited to your time in school. It “can be anywhere, anytime, and with anyone,” writes Lenny Kho. “Keep your mind wide open.”

You should always be seeking out new ways to expand your mind. Read books, practice speaking foreign languages, or take music lessons — whatever excites you most.

12. How to accept the possibility of change

Research by psychologist Dan Gilbert suggests that we have a hard time imagining how much we’ll change in the future.

So it makes sense that Choi says, “It’s near impossible to plan where you’ll be a few years from now.”

Choi uses his own trajectory as an example. During college he studied engineering, and he never imagined he’d move to rural Eastern Europe to harvest corn afterward — but he did. While living in Europe, he never thought he’d later move to a fancy building in New York City — but that’s exactly what happened.

Expect to be surprised (hopefully pleasantly) by the way your life unfolds.

“The bridge that leads from analysis to action is effective decision-making — knowing what to do based on the information available,” writes Janic Butevics. “While not being critical can be dangerous, so too can over-analyzing, or waiting for more information before making a decision.”

If you’re more of an over-analyzer, consider trying an adapted version of the “gun test,” which Stanford engineering professor Bernard Roth wrote about in his book “The Achievement Habit.”

Pretend somone’s holding a gun up to your head and giving you 15 seconds to make a decision. You’ll definitely be able to choose something — and it will release a lot of pressure.

14. How to sell yourself

Try telling a story about yourself, since it will be easier for people to remember. And make sure that story sparks conversation among your listeners.

Those tips include getting people to say “no” when you want them to ultimately say “yes.” For example, when you’re negotiating the terms of a job and not getting your way, you can ask the hiring manager, “Do you want me to fail?” The answer is, obviously, no — and from there, you can start pushing for what you need.

16. How to listen without speaking

M. Malhan writes: ‘By training yourself to be a better and ACTIVE LISTENER, you will be able to communicate more effectively and develop better relationships in life.”

As Dave Kerpen, CEO of Likeable Local, previously told Business Insider, listening is the most important — and most underrated skill — in business and in life.

If you want to develop your own active listening skills, try “mindful conversation.” Two people pair up and one person speaks for a set time period while the other is completely silent. Then, the second person reflects on what the first person said until the first person feels satisfied. Finally, the two people switch roles.

The goal of mindful conversation is to have less superficial interactions, to instead have interactions that leave you feeling like you and your conversation partner really understood each other.

There’s no question that it’s important to be ambitious and to work hard to achieve your goals — whether they include landing a spot in the C-suite or buying a house.

But try not to get frustrated if, at 25, you still haven’t scored a promotion or saved up enough for a down payment.

Take a tip from Steve Kobrin: “Good things simply do not happen overnight. They take time to nurture and cultivate. They take a lot of work. A lot of thought. A lot of trial and error, and learning from your mistakes.” 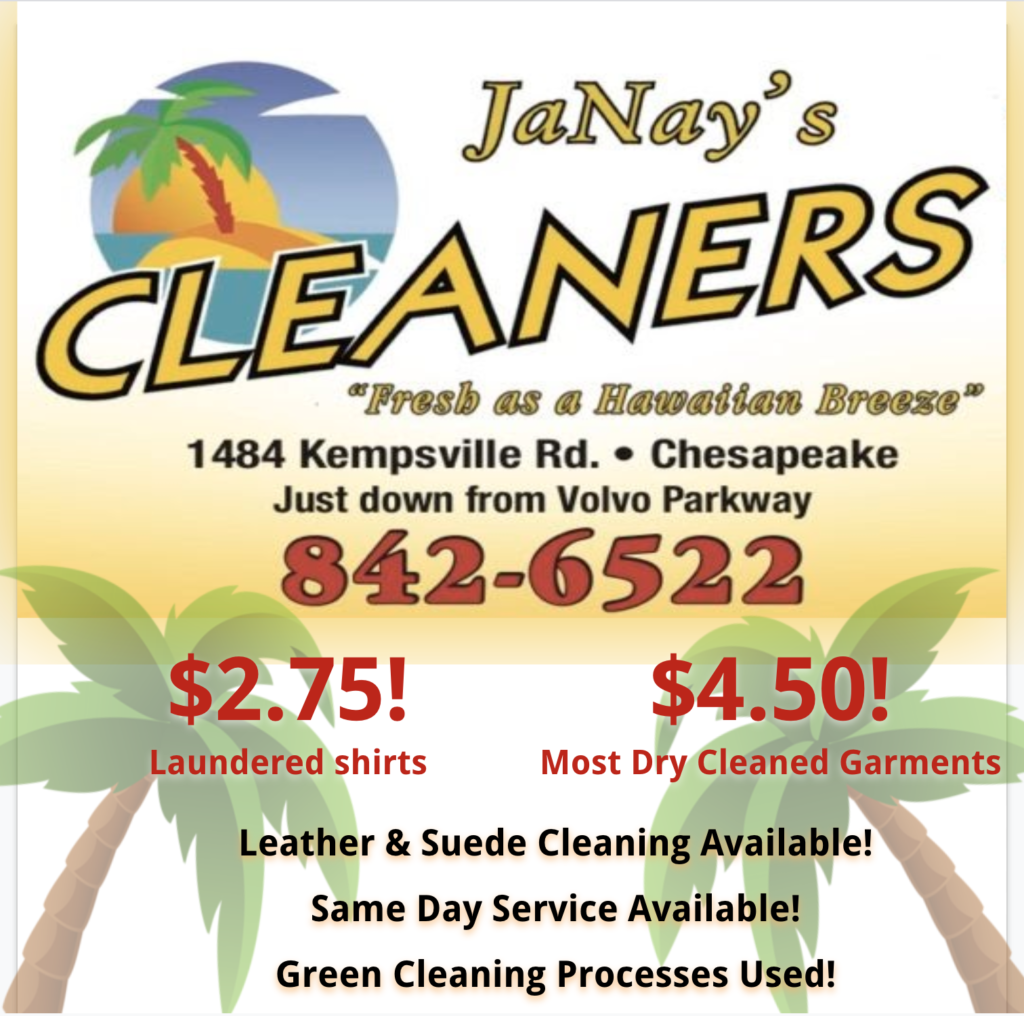