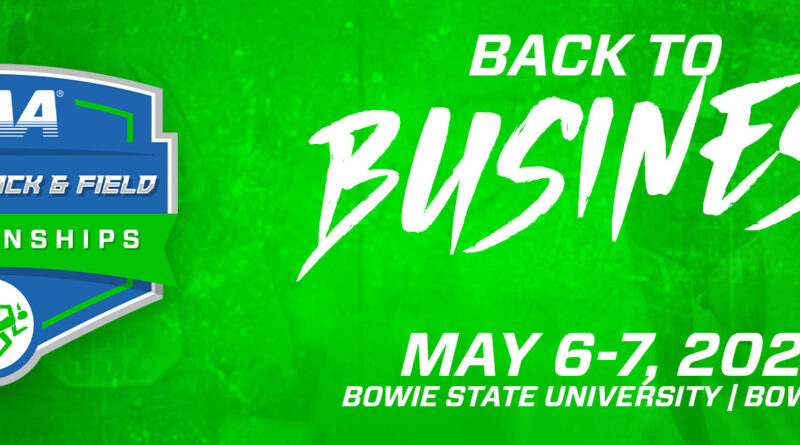 CHARLOTTE, NC – The Central Intercollegiate Athletic Association (CIAA) opens its Outdoor Track and Field Championships this weekend on the campus of Bowie State University in Bowie, Maryland. The two-day event features eleven women’s and nine men’s teams competing for the CIAA title. Competition begins Friday, May 6 at 9:00 a.m. and runs through Saturday, May 7.

This year marks the 42nd year that the CIAA will crown a women’s champion and the 99th time on the men’s side.

This year’s women’s field is led by Fayetteville State, who enters the meet ranked eighth in the Atlantic Region by the US Track & Field/Cross Country Coaches Association (USTFCCCA) in the latest poll. Led by head coach Inez Turner, the Broncos, fresh off winning the conference title during this past indoor season, will be looking to secure their first CIAA outdoor championship in school history.

Johnson C. Smith, ranked sixth in the Atlantic Region by USTFCCA, comes in as the favorite on the men’s side to win the conference title. The Golden Bulls will be seeking their first conference title since 1971 and look to end the dominant reign of Saint Augustine’s, who currently ranks 11th in the region and have won 22 straight CIAA men’s outdoor conference titles.

JCSU is led by a trio of NCAA provisional qualifiers in Asante Fazarro, who ranks third in Atlantic Region in the 100 meters, along with Justin Steele and Warren Williams, who rank first in 200 meters and second in the 110-meter hurdles respectively. The Golden Bulls also feature the conference’s top 4×100-meter relay team (Fazarro, Steele, Stephan Dill, and Alexander Chapman) and the league’s second-fastest 4×400-meter relay team (Steele, Terry Towah, Kymali Hay, and Jalen Jackson), both posting NCAA provisional qualifying times.

Looking to hold off the JCSU and unseat SAU will be several teams that rank within the top 25 of the Atlantic Region to include Virginia State (12th), Lincoln (18th), Claflin (24th) and Livingstone (25th).

Live results will be provided by SNAP Timing throughout the championship and can be viewed HERE. For all information on the 2022 CIAA Men’s and Women’s Track & Field Championship, please visit the landing page HERE.