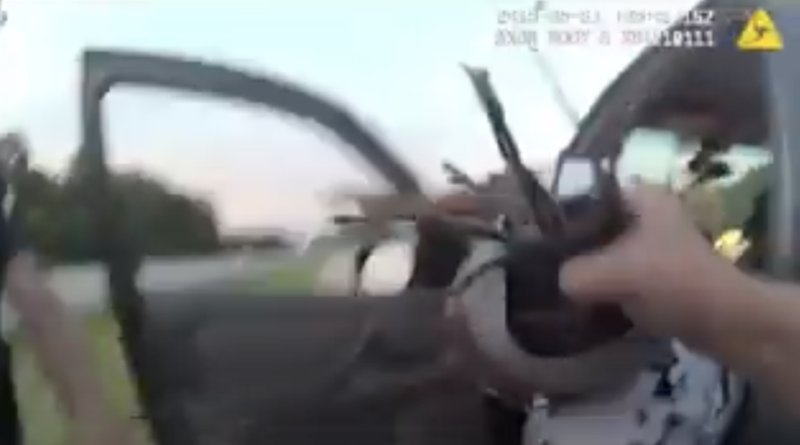 In 2019, 66-year old Stephanie Bottom was on her way to her great aunt’s funeral in Atlanta, Georgia when she was pulled over for driving 5 miles over the speed limit, and failing to heed blue lights. The officers approached the car with their guns drawn and forcefully removed her from her vehicle by her hair, allegedly tearing her rotator cuff in the process. She layed on the ground crying, pleading “What have I done wrong?”. The officer claimed there were three police vehicles following Bottom for about 10 miles. Bottom claimed she was driving with loud music in the car and did not realize the police were behind her. Once she realized that the police were behind her, she tried to find a place to pull over, “somewhere safe where I’d be around lights and people.” Officers can be heard on the body cam footage saying things like “That’s good police work, baby,” and ‘at that point she earned it,’“ after grabbing a handful of hair.

Bottom was charged with speeding, resisting arrest, and failing to heed blue lights. While she pleaded guilty to failing to heed blue lights, the other two charges were dropped. Bottom filed a federal lawsuit against the Salisbury Police Department, claiming that they used excessive force, in violation of the U.S. Constitution. One of the officers in the lawsuit, Devin Barkalow, declined to talk about the complaint. He left the police force for a role in federal law enforcement over a year ago.

One of Bottom’s attorney’s, Scott Holmes, said “the case shows the importance of civil rights non-profit organizations and law school clinics devoted to policing the police.” Bottom is thinking of the future, stating that the officers “need to be held accountable for what they did to me so this doesn’t happen to anyone else.”

Elizabeth City police are in the midst of another lawsuit as well after the shooting of Andrew Brown. Brown was trying to flee from the Pasquotank County Sheriff deputies after they shot him in the arm four times. The chase resulted in Brown being shot in the back of the head, causing Brown to lose control of his vehicle and crash into a tree. The family attorney, Wayne Kendall, stated that Brown tried to run in fear of his life. After the results of the autopsy were released, Elizabeth City was placed on an 8 P.M curfew in anticipation of civil unrest. When they were finally able to view the bodycam footage, Brown’s family called his murder “an execution”. “It’s obvious he was trying to get away. It’s obvious. And they gonna shoot him in the back of the head? Man, that sh** not right. That’s not right at all, man.” said Brown’s son Khalil Ferebee.