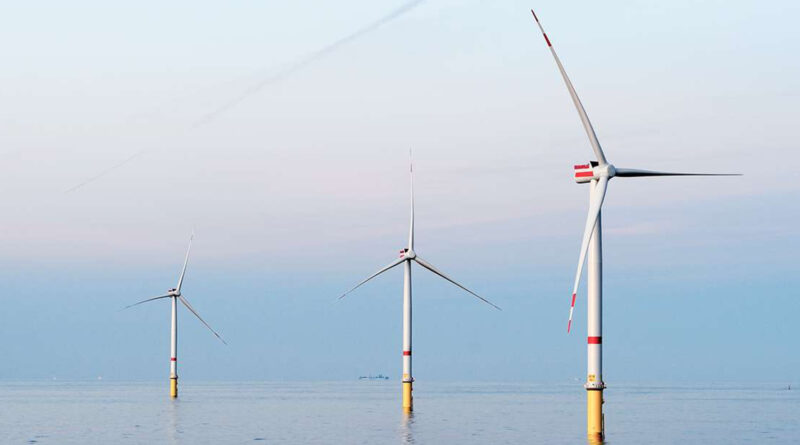 On May 16, 2021, The Hampton Roads Messenger and representatives from Dominion Energy discussed the new and upcoming Coastal Virginia Offshore Wind Project coming to Hampton Roads, during a Community Conversation. This project, which began in 2010, is bringing clean and renewable energy to the Hampton Roads region by creating the first wind farm in this area. While supporting the Commonwealth’s goal of 100% zero-carbon electricity by 2045, this project is proposed to bring hundreds of jobs and millions in tax revenue to the area. Hampton Roads Messenger Publisher Angela Jones, along with other residents that were tuned in, were able to ask questions to Dominion representatives Tanya Byrd, Kevin Carl, and Lisa Hicks.

Dominion has begun work on this project by installing two 6-megawatt wind turbines along the coast of Virginia Beach. These pilot turbines stand 27 miles off the coast and cannot be seen if you are standing on the beach. Dominion representative Tanya Byrd, who is the Manager of Virginia energy policy, stated she has been told: that if you are on the 9th floor of some of the hotels on a clear day with good vision, they may be visible. These 6-megawatt wind turbines are said to be 100 feet taller than the Westin Hotel in Virginia Beach. Also, these two turbines are said to have enough power to support 3,000 homes. Kevin Carrol, Operations and Maintenance Manager, along with Lisa Hicks-Thomas, Deputy General Counsel at Dominion Energy, also weighed in, stating that this project has the power to “transform the region we all call home!”

This is the largest project of its kind in the United States, and Dominion Energy is partnering with schools, community organizations, and newspapers such as The Hampton Roads Messenger to get the word out to citizens. They want to get feedback from people in the community on the routes, history of the area, and other information that residents wish to share. This project is also going to bring a lot of jobs to the Hampton Roads area, and Dominion wants these jobs to be accessible to the people in these communities, as well.

Surveys are being conducted from residents in the areas where the proposed routes are said to be, so that Dominion Energy can gather feedback. They are planning to install up to 180 14-megawatt wind turbines, which will have enough electricity to power 660,000 homes and businesses. There is a lot of infrastructure needed onshore to deliver clean energy to Hampton Roads, and it is important for residents in the community to be a part of this new project. Dominion Energy has created an online portal called GEO Voice, for residents and landowners to review the area and provide comments, questions, and concerns regarding the routes for this project. Originally, Dominion had 11-12 proposed routes for the project. However, after conducting surveys they realized that these routes would have significant resident and environmental impacts. Because of this, they then came up with 6 different routes. This is the reason that community feedback is so important to this project.

Dominion is also reaching out to local colleges and universities such as Old Dominion, and Norfolk State, in order to provide information on clean energy jobs to students. This project has the potential to create careers for many graduates, along with future careers for those in K-12 schools. There is even work being done within the K-12 curriculum so that students can start learning about clean energy at an early age. Dominion is willing to train the right individuals that have passion for a new industry and a willingness to learn. Their priority is to engage with veterans and those in underrepresented communities to provide these opportunities. It is unclear at this point what the salary range would be for these jobs. However, residents should stay tuned for more information regarding that.

There are a few pitfalls that should be noted regarding this project. Dominion stated it has learned some things to avoid by looking at this same thing being done in London, however, there is no data on this project being done in the United States. Some residents were concerned about The Hampton Roads Region turning into another California, however, Dominion representatives ensured that the nature of this project being offshore would avoid that catastrophe. Additionally, there is said to be a $4 increase in electricity bills because of this project. Dominion has also stated that community engagement and feedback is sometimes challenging to obtain, however, they are continuing to implement different strategies to stay engaged with residents and landowners. Oftentimes in underrepresented communities, there can be little trust in outsiders coming into their communities. The Hampton Roads Messenger greatly encourages readers to spread the word on this project, and to visit HamptonRoadsMessenger.com to continue to receive updated information on this project.