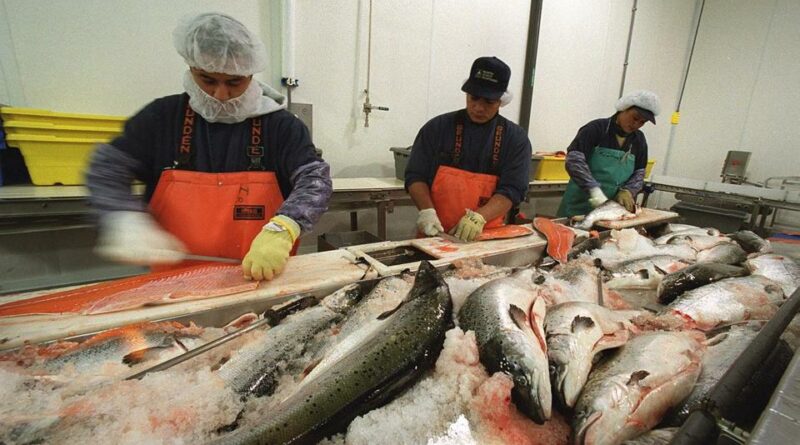 WASHINGTON – Sens. Mark R. Warner and Tim Kaine (both D-VA) along with Sens. Ben Cardin and Chris Van Hollen (both D-MD) today applauded an announcement by the Biden administration that it will release an additional 22,000 H-2B temporary non-agricultural worker visas, a move that will benefit the seafood processing industries in Virginia and Maryland. The senators had previously called on the administration to make available the maximum number of congressionally-authorized H-2B visas in order to ensure that seafood processors in Virginia and Maryland have the seasonal workforce they need. Following today’s announcement, the senators released the following statement:

“As the harvest season begins on the Northern Neck and the Eastern Shore, we are pleased that seafood processors will be able to hire additional seasonal workers to keep their operations up and running. These businesses – most of them small and family-owned – are essential to the coastal economies in Virginia and Maryland, and so we appreciate that the administration listened to our requests and released these additional visas, ensuring that they will have the workforce they need as the processing season kicks up.”

The H-2B Temporary Non-Agricultural Visa Program allows U.S. employers to hire seasonal, non-immigrant workers during peak seasons to supplement the existing American workforce. In order to be eligible for the program, employers are required to declare that there are not enough U.S. workers available to do the temporary work, as is the case with the seafood industry, which relies on H-2B workers for tough jobs such as shucking oysters and processing crabs.

Sens. Warner, Kaine, Cardin, and Van Hollen have long advocated for the seafood processing industry – a community largely made up of rural, family-owned operations.