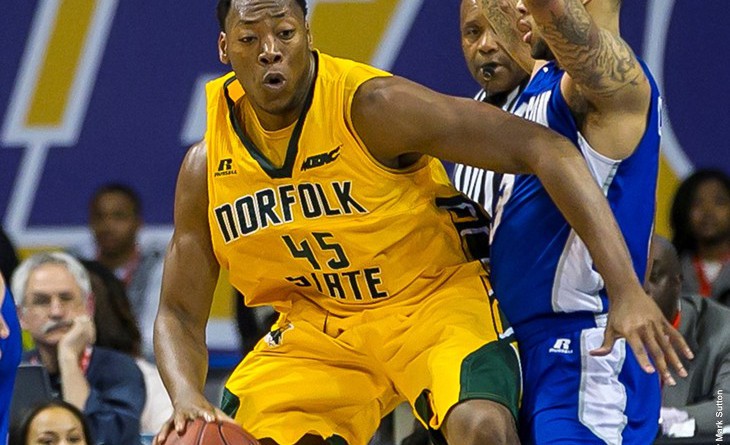 NORFOLK, Va. – Norfolk State sophomore forward Jordan Butler was named the MEAC Defensive Player of the Week on Monday morning as announced by the conference office, his third such honor this season.

The native of Hartford, Conn., finished with 10 blocks and 17 rebounds in two games last week, both victories. He tied his career high, and NSU’s Division I record shared with Kyle O’Quinn, with seven blocks on Saturday in a 79-73 win over Morgan State at home. He also added 13 points, nine rebounds and two assists.

Last Monday, Butler tallied 16 points, eight rebounds, three blocks and one steal in a 76-70 win over UMES on the road.

His seven blocks against the Bears fell one short of NSU’s overall record for blocks in a game.

He was also named defensive player of the week on Nov. 23 and Dec. 28. He is the only player in the league this year to win the award three times.

NSU will have off on Monday, with 10 other MEAC teams in action, before heading to Delaware State this Saturday for a 4 p.m. matchup.