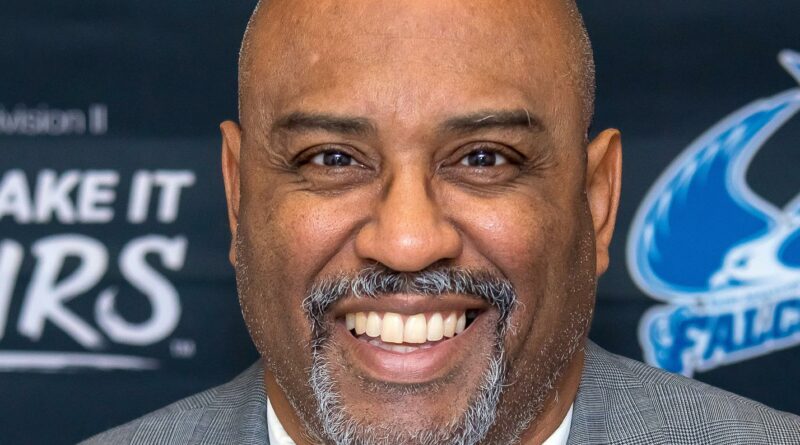 Additionally, Bowie State University’s Clyde Doughty, Jr. received the Jeanette Lee Athletic Administrator of the Year award, which is given to an administrator within the membership at the recommendation of the CIAA Commissioner. Doughty was noted

Marilynn Stacey-Suggs of Claflin University was voted by her peers as the CIAA Senior Woman Administrator (SWA) of the Year. Stacey-Suggs is in her fourth season as the Associate Athletics Director/Senior Woman Administrator and sixth overall with the Claflin University department of athletics. She also serves as the Director of Compliance and the co-advisor of Chi Alpha Sigma, the National College Athlete Honor Society, inducting the university’s charter members. As SWA, she assists with policies and procedures for the CU athletic department to achieve the parallel goals of developing quality, competitive athletics teams, and support of the individual educational goals of student-athletes.

Anthony Jeffries of Saint Augustine’s University was named CIAA John Holley Sports Information Director (SID) of the Year. Jeffries is a 17-year veteran in the sports information field and is responsible for coordinating media relations efforts for all 12 of Saint Augustine’s athletic programs. A staple in the SAU athletic department since 2005, Jeffries is a respected member among his peers in the CIAA and the athletic communications field for the consistent effort he puts forth in getting coverage for the Falcons athletic programs and student-athletes through press releases, recaps, and amplified engagement on social media platforms. Jeffries is a three-time recipient of this honor, having received it in 2008 and 2012.

The Johnson C. Smith University athletic department was recognized with the award of Most Positive Game Environment. Selected by members of the CIAA Student-Athlete Advisory Committee (SAAC), the award is given to the school that exhibits good sportsmanship by student-athletes and coaches during both home and away contests.