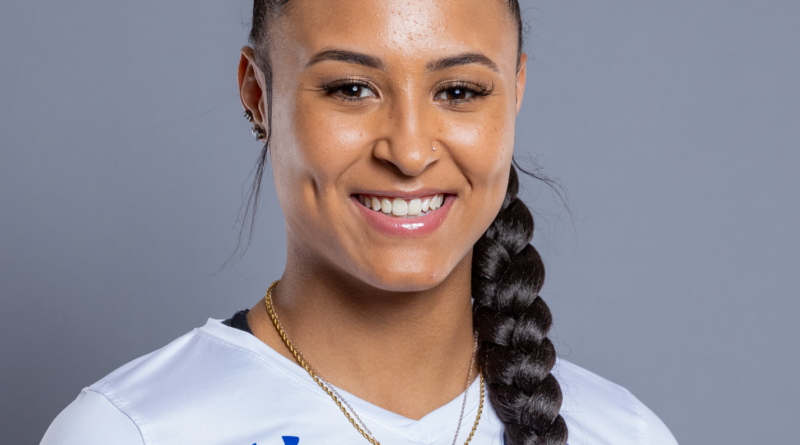 Vanderhorst totaled 58 kills, averaging a team-best 3.41 kills per set, with a .254 hitting percentage and six service aces over four matches. Her 20 kills in FSU’s win over Columbia International are a conference-best so far this season and she also registered a double-double with 14 kills and 10 digs in a win over UVA-Wise. Additionally, the senior from Raleigh, NC recorded 23 digs and 11 total blocks on defense while her 69.5 total points were a team-high for the Broncos, who finished the week with a 3-1 record.

McNeill earns her second weekly honor of the season, but this time on the defensive end as she totaled three blocks and 39 digs (4.33 digs/set) over two matches. In a match against Webber International, she recorded 19 digs along with 18 kills for her third double-double of the season. The junior outside hitter totaled 27 kills and three service aces on her way to registering 32.5 points for the week while helping the Lady Vikings to a 1-1 record with a win over Saint Andrews.

Bynum recorded 99 assists over four matches this past weekend, averaging 5.21 assists per set. Her individual match totals of 30, 26, and 25 assists all rank among league leaders for the season. The sophomore setter also chipped in 17 digs, seven service aces, and three kills for the week to help Fayetteville State finish with a 3-1 record.

Eubanks recorded 20 kills over two matches for the Trojans, averaging 3.33 kills per set, and finished with 21.5 points for the week. The Kansas City, MO native also totaled 13 digs and three total blocks on defense and helped VSU to a 1-1 record for the week with a home win over Alderson Broaddus.