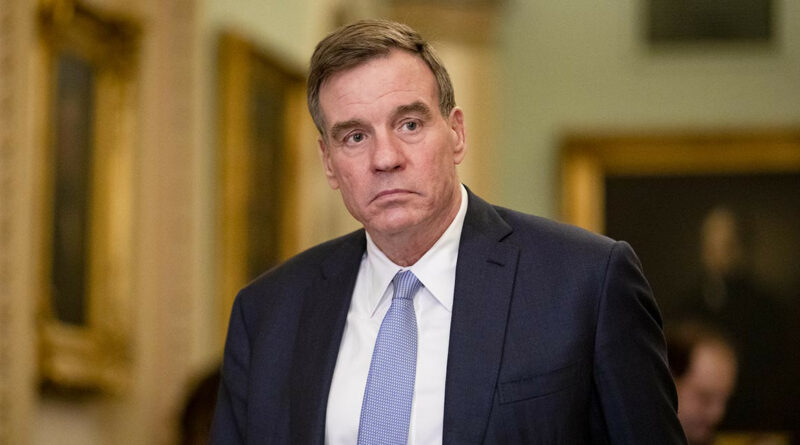 WASHINGTON – U.S. Sen. Mark R. Warner (D-VA) today applauded $21,649,505 in federal funding from the U.S. Department of Treasury to support and advance business ownership among minority entrepreneurs in Virginia. The funding was awarded through the CDFI Rapid Response Program (RRP) – a program established and funded by a record $12 billion investment in Community Development Financial Institutions (CDFIs) and Minority Depository Institutions (MDIs) that Sen. Warner authored and successfully fought to include in the December COVID-19 relief legislation.

“As a former entrepreneur and venture capitalist, I know that the kind of opportunities that once allowed me to succeed are often out of reach for Black and brown folks, who due to historic and systemic inequities often lack the credit history or banking relationships needed to access capital. To make matters worse, these inequalities have only been exacerbated by the COVID-19 pandemic, which has had disproportionate effects on minority and low-income communities,” said Sen. Warner. “This funding will provide critical resources to Virginia’s CDFIs, which specialize in supporting underserved communities. I’m thrilled to know that these dollars are now headed directly to Virginia to support key priorities including small businesses, affordable housing, and access to consumer financial services. This funding marks a successful first step towards ensuring the recovery is felt by all communities.”

As negotiated by Sen. Warner, the $12 billion investment in CDFIs and MDIs includes $3 billion in grants to be delivered through the CDFI Fund. The nearly $22 million awarded today is part of the first $1.25 billion tranche of that $3 billion in grant funding. These federal dollars will be distributed among 18 Virginia CDFIs – the financial institutions most connected to the Commonwealth’s minority communities – and will ultimately go towards supporting affordable access to credit for Virginians in Black, Latino and low-income communities.

The funding will be distributed as follows:

The COVID-19 crisis has only served to exacerbate the existing economic challenges faced by Black and brown Americans. Throughout this crisis, thousands of minority-owned small businesses have closed for good, in part due to difficulty securing bank loans and accessing assistance such as the Paycheck Protection Program. The Federal Reserve Bank of New York found that while overall small business ownership in the U.S. dropped 22 percent between February and April 2020, Black and Latino ownership dropped by 41 percent and 32 percent, respectively. Unemployment rates for Black and brown Americans have also been consistently higher than that of White Americans.

To combat the hemorrhaging of jobs and economic opportunities during the pandemic, Sen. Warner in July teamed up with then-Sen. Kamala Harris (D-CA), Sen. Cory Booker (D-NJ), and a bipartisan group of colleagues to introduce the Jobs and Neighborhood Investment Act in order to strengthen the financial institutions that serve communities of color and increase lending to minority-owned businesses and lower-income borrowers. The effort secured endorsements from the Black Economic Alliance, the NAACP, the National Bankers Association, the National Urban League, the Center for Responsible Lending and a host of other advocacy organizations and civil rights groups. Sen. Warner was later able to secure provisions from the bill in the Coronavirus Response and Relief Supplemental Appropriations Act of 2021, which was signed into law on December 27, 2020, providing an unprecedented $12 billion in funding for lenders that predominantly operate in underserved communities.