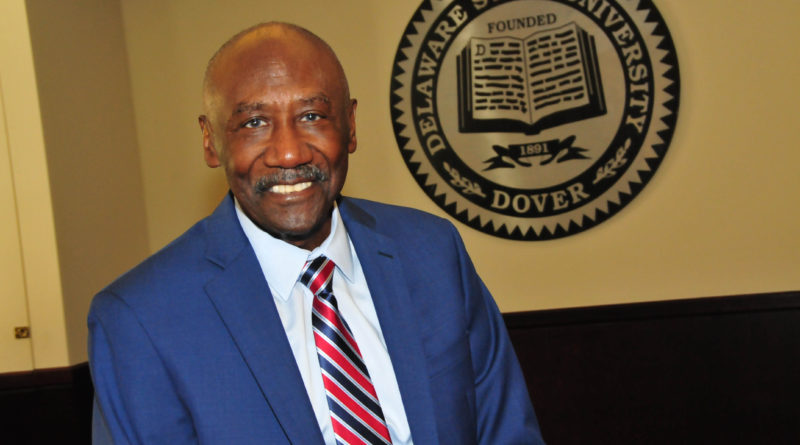 Mr. Vanderhost was honored along with the alumni honorees from other schools of the Mid-Eastern Athletic Conference on March 8 during the MEAC Basketball Tournament held in Norfolk, Va. Later that evening, the Hornet family celebrated him at a DSU reception afterwards.

After serving his country in the military, Mr. Vanderhost enrolled at then-Delaware State College in 1967. He joined DSC Hornet basketball team. As a starter and twice an All-CIAA selection, he averaged more than 19 points a game and became a member of Delaware State’s 1,000-point club. His college career was also highlighted by two All-CIAA selections. He averaged better than 19 points per game with the Hornets.

In 1970, he was selected as the team’s Most Outstanding Player. He also served one year as an assistant coach of the team. Mr. Vanderhost became a 2012 inductee of the DSU Athletics Hall of Fame .

After finishing his playing career, Vanderhost served as an assistant coach with the Hornets during the 1970-1971 season.

He has also mentored students in Delaware’s Red Clay Consolidated School District and remains active as a board member of the Philadelphia Association of Black Sports and Culture Inc. and member of DSU’s New Castle County Alumni Chapter