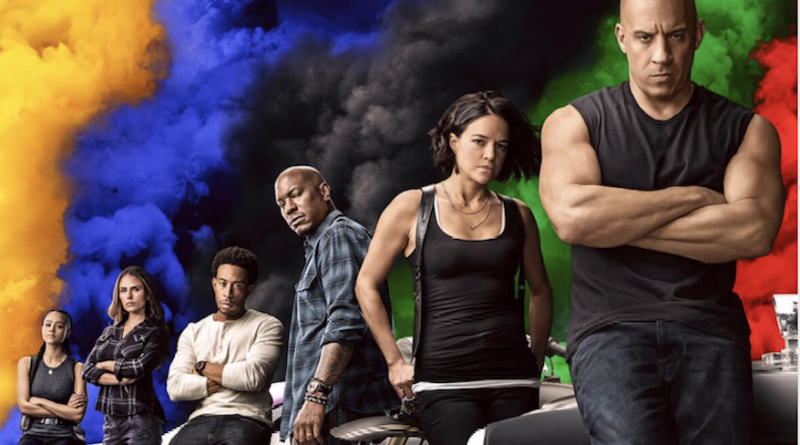 How did a Point Break knockoff about underground racing in LA get to this point? In the past, I’ve never been very critical of the Fast and Furious movies; I’ve always taken them for what they are, even as they’ve grown more outlandish and implausible over the years. Something about growing up watching the early movies made the latter ones even better with their focus on family and heart. To this day, I still think movies 5-7 are the best run of the franchise, but man do I wish they ended it with  Furious 7. It had the perfect catharsis and send-off to the late Paul Walker. What has come after, while still entertaining, feels strangely soulless to what came before.

I still think Fate of The Furious (the 8th film) is the weakest of the bunch, but F9 is not much of an improvement. The best part of this movie is John Cena. The man can act, as he’s proven to us before, and I cannot wait to see him in James Gunn’s The Suicide Squad later this summer because I know he’ll have infinitely better material there than he has here. Still, he plays the only character in this movie who shows any real emotion. That character is Dominic Toretto’s (Vin Diesel) long lost brother, who apparently needed no introduction for the past eight movies. He shows up out of nowhere and we get some semi-effective flashbacks to give some explanation. At this point I’ve lost count of the retcons in this franchise.

Speaking of retcons, as anyone knows from seeing any of the trailers of the film, Han (Sung Kang) is back from the dead! It’s not really a spoiler as they showed their hand on this plot point in the marketing, which is probably a good idea to brace people for such a ridiculous plot point. And the explanation for his sudden resurrection is equally ridiculous. I swear the timeline of this franchise is more convoluted than the X-Men.

Most of this movie is more of the same. Cars racing, big explosions, crazy action set pieces that defy every law of physics, and our characters growing more and more invincible as they make it out of each deadly situation without a scratch on their bodies. At one point after a moment that would surely kill any regular person, Tej (Ludacris) asks Roman (Tyrese Gibson) “How the hell are you not dead?” Effectively saying what everyone in the audience is thinking about everyone throughout the entirety of the film. I cannot stress just how far the implausible situations go in this movie. In a bout of forced meta-commentary Roman questions whether or not the lot of them are invincible after all that they have survived to which the rest of them quickly brush off. Just because you say something self-aware about the ridiculous doesn’t make it less ridiculous.

While the movie dragged a bit in the middle, I can say that the climax was the most entertaining part of the movie. Regardless of the glaring flaws, I had a good time watching the impressive albeit impossible action pieces they concocted especially towards the end. But with every new way they invent to crash cars into things, it feels like this franchise is running on fumes. I’ll just have to pretend in my mind they really did end with number 7.