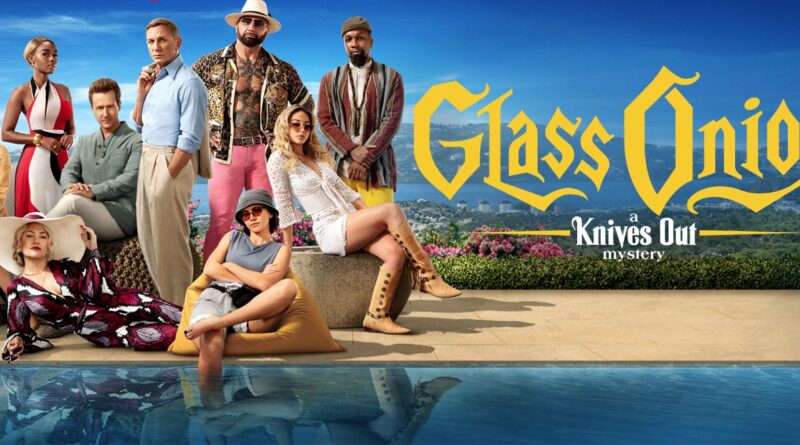 Sequels are difficult to critique, which is why I’d rather look at this franchise as stand-alone films that include a through-line of the same character. Yet Netflix is bent on tagging ‘A Knive’s Out Mystery’ at the end of
the title instead of letting it stand on its own. Glass Onion suffices, both as the title of the movie and the movie itself, though it unsurprisingly pales in comparison to its predecessor when it so openly asks to be compared. Still
Glass Onion is full of rich characters played by talented actors and has something to say about the world it satirizes. And it’s also a lot of fun. Daniel Craig returns as Benoit Blanc and seems to be having as much fun as ever hamming it up as the talented detective with a thick Louisiana drawl.

In the midst of the pandemic, he is homebound and longs for a new mystery to solve when one comes knocking at his door in the form of an invitation to the island of billionaire Miles Bron (played expertly by Edward Norton), for a murder mystery party. Accompanying them on the island is yet another great ensemble cast including Kate Hudson, Kathryn Hahn, Dave Bautista, Leslie Odom Jr., Madelyn Cline and with a stand out performance from Janelle Monáe. Though everyone has a time to shine,
some of the characters in this one feel more like caricatures than full fledged characters which is always a pitfall when it comes to ensembles. I wish Kathryn Hahn and Leslie Odom Jr. had more time to shine and more depth was given to their characters.

And while the mystery itself is less impressive than that of the Knives Out, Glass Onion still impressively commentates on the filthy rich and how, in our society, rich billionaires are not the geniuses they masquerade as. Rather they are just people with the sociopathy to use and abuse people to get further in life. Is this a bad thing? Yes, because it hurts others at a systemic level and, when the chips are down, those “self-made” billionaires will cling to their facade no matter who or what gets destroyed in the process.

Glass Onion is a perfect metaphor for that facade and the film tells us that
success at such a grossly negligent level is fueled by nothing but ego. If you can look past the slight case of sequelitis, Glass Onion is an enjoyable ride with fun characters that has a lot to say about ignorant rich people. Full of cameos and pop-culture jokes, it will no doubt entertain you while you wait for Benoit Blanc’s next outing. I still can’t wait to see what Rian Johnson does with the franchise next.