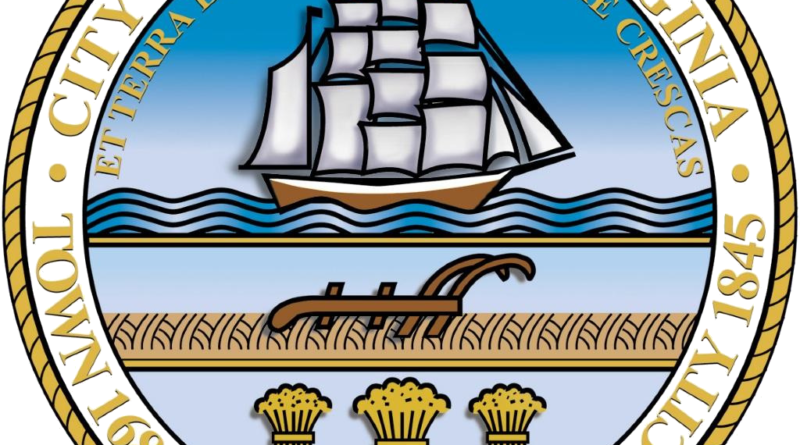 (NORFOLK, VA) The CIVIC Leadership Institute announced today that JOHN R. BRODERICK will receive the Individual Darden Award and SENTARA HEALTHCARE will be honored with the Corporate Darden Award for the 2021 Darden Awards for Regional Leadership. Past Individual Darden Award winners comprise some of Hampton Roads’ most prestigious regional leaders including David R. Goode & Susan S. Goode, Harvey L. Lindsay, Jr., George Y. Birdsong, John R. Lawson, III, Joan and Macon Brock, Jane Batten, John O. “Dubby” Wynne, Dr. Deborah DiCroce, Jack Ezzell, Vince and Suzanne Mastracco, Paul Hirschbiel, and G. Robert Aston, Jr. Kaufman and Canoles, Ferguson, Dollar Tree, Landmark Media Enterprises, LLC, Newport News Shipbuilding, Norfolk Southern Corporation, and TowneBank have been recognized as previous Corporate Darden Award recipients. The Darden Awards reception will be held on Wednesday, November 17, 2021 at the Decker Half Moone Center in Norfolk, where regional executives and community leaders will celebrate the honorees and their contributions. Many thanks to this year’s Title Sponsors, TowneBank and Kaufman and Canoles for their incredible support. FOR IMMEDIATE RELEASE About JOHN R. BRODERICK JOHN R. BRODERICK, Old Dominion University’s eighth and longest-serving president, is a constant presence on campus. He has developed a reputation as a friendly, approachable president who is committed to forging progress at Old Dominion, solving real-world problems and building on the region’s strengths. Under his leadership since 2008, Old Dominion has emerged as a research leader in fields from cybersecurity to bioelectrics, coastal resilience, entrepreneurship and health sciences. Earlier this year, he announced a plan to launch a joint School of Public Health with Norfolk State and EVMS to reduce health disparities and bolster health sciences programs in Hampton Roads. President Broderick has also led the University’s response to the pandemic, which provided students a hybrid approach – in-person or online classes. The University also launched the Rise to the Challenge Fund to help students and employees with unexpected financial challenges. During his tenure, Old Dominion has received more than $1.2 billion in new public and private resources, including a $37 million gift from Carolyn and Richard Barry to establish the Barry Art Museum. The Board of Visitors renamed the University’s Diversity Champion Award for the president in 2013 to recognize his commitment to diversity and inclusion, which has helped create a vibrant, multicultural campus. And in 2016, the Kate and John R. Broderick Dining Commons was named for the president and first lady at the request of student leaders, for spearheading inclusion initiatives and to recognize their commitment to student success. FOR IMMEDIATE RELEASE Under his leadership, ODU has emerged as a leader in addressing social mobility. Most recently, the University was ranked in the top 50 globally and fourth nationally in the 2021 Times Higher Education Impact Rankings for addressing inequality among college students. President Broderick has transformed his belief in community service into a centerpiece of University life. In 2011, he, the first lady, and their relatives endowed the Evon-Broderick Award for Community Engagement and Service to recognize students who immerse themselves in service. In 2020, he received a Community Leaders’ Award from the Urban League of Hampton Roads and a 2020 Distinguished 400 Award by the federally established 400 Years of African American History Commission, and he was named First Citizen of Hampton Roads by the Chamber of Commerce. President Broderick also has received the Virginia Center for Inclusive Communities’ Humanitarian Award, the New Journal & Guide’s Impacting Lives Award, the Dr. Hugo A. Owens Sr. Humanitarian Award from Alpha Phi Alpha fraternity, the Trailblazer Award from Men for Hope, and a Visionary Award from the Chamber of Commerce. Inside Business added President Broderick to its Emeritus Power List, which recognizes senior community leaders who provide a “valuable ongoing contribution.” “I am honored to receive the Darden Award from CIVIC,” President Broderick said. “CIVIC has demonstrated the profound benefits of mentorship, both for the students and the professionals who mentor them. In a similar spirit, Old Dominion has actively pursued partnerships in the public and private sector — from our new Virginia Offshore Wind Landing to our future School of Public Health. I am convinced that the best way to move Hampton Roads and the commonwealth forward is by working together. One of my annual highlights is spending an evening with the scholars and their mentors in my home.” FOR IMMEDIATE RELEASE President Broderick is a board member of organizations including the Norfolk International Airport Board of Commissioners, Urban League of Hampton Roads, Hampton Roads Chamber of Commerce, the Greater Norfolk Corporation and Hampton Roads Partnership. He also championed the University’s partnership with the Virginia Symphony Orchestra and served as the guest narrator for the orchestra’s tribute in 2019 to the 50th anniversary of the Apollo 11 moon landing. The Brodericks have three sons who all earned degrees from Old Dominion.