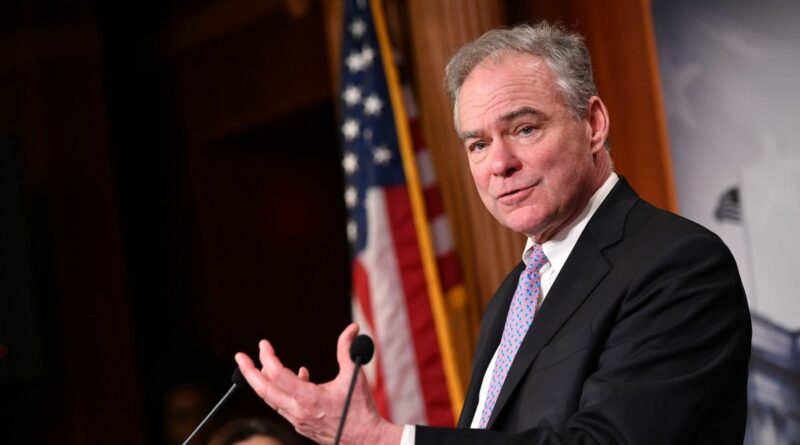 The Freedom to Vote Act will set basic national standards to make sure all Americans can cast their ballots in the way that works best for them, regardless of what zip code they live in

The bill reflects feedback from state and local election officials the Senate Committee on Rules and Administration has heard throughout the year to ensure that the people responsible for implementing reforms are able to do so effectively. It also elevates the voices of American voters by ending partisan gerrymandering and helping to eliminate the undue influence of secret money in our elections.

“I was a civil rights lawyer for 17 years. I’ve lived through a violent attack on the Capitol by people wanting to overturn an election. And I am watching state legislatures scheme to reduce people’s ability to vote,” said Senator Kaine. “I am proud to sponsor the Freedom to Vote Act because it guarantees that eligible voters anywhere in this country get access to the ballot.”

In addition to Kaine and Klobuchar, the Freedom to Vote Act is also cosponsored by Senators Angus King (I-ME), Joe Manchin (D-WV), Jeff Merkley (D-OR), Alex Padilla (D-CA), Jon Tester (D-MT), and Reverend Raphael Warnock (D-GA). The Freedom to Vote Act is the product of the working group assembled and led by Senate Majority Leader Chuck Schumer (D-NY). The bill builds on a framework for voting rights legislation put forward by Manchin in June and reflects many of the crucial reforms in previous democracy reform legislation.

“The freedom to vote is fundamental to all of our freedoms. Following the 2020 elections in which more Americans voted than ever before, we have seen unprecedented attacks on our democracy in states across the country. These attacks demand an immediate federal response,” said Senator Klobuchar. “With the Freedom to Vote Act, the entire voting rights working group, including Senators Manchin and Merkley, is united behind legislation that will set basic national standards to make sure all Americans can cast their ballots in the way that works best for them, regardless of what zip code they live in. This bill will ensure Americans can request a mail-in ballot, have at least 15 days of early voting, and can register to vote on Election Day. I want to thank Senator Schumer for his leadership pulling together the working group that got this legislation across the finish line and Senator Manchin for his work on this crucial bill. Now let’s get it done.”

“Any threat to the democratic process is a threat to democracy itself,” said Senator King. “In the face of state-level threats that undercut the fundamental right to vote for millions of Americans, we must act now to protect our democracy. Our bill would set commonsense minimum standards to ensure that no state infringes upon its citizens’ right to vote and confront widespread anti-democratic practices such as partisan gerrymandering and dark money spending. Free, fair and open elections are the backbone of our national commitment to government of the people, by the people, and for the people – and through this legislation, we will do our part to pass this experiment in self-government on to the next generation of Americans.”

“The right to vote is fundamental to our Democracy and the Freedom to Vote Act is a step in the right direction towards protecting that right for every American,” said Senator Manchin. “As elected officials, we also have an obligation to restore peoples’ faith in our Democracy, and I believe that the commonsense provisions in this bill – like flexible voter ID requirements – will do just that.”

“All seven of us working on this bill are committed to an America where all citizens have a right to cast a vote and have their vote counted,” said Senator Merkley. “This bill ensures that no matter where we live or which party we support, all of us have an equal chance to shape the big decisions in our country by ending partisan gerrymandering, stopping billionaires from buying elections, and ensuring all of us have the same chance to cast our ballot. I hope our Republican colleagues will support Americans’ freedom to vote, but one way or another we must stand up for Americans’ constitutional rights.”

“Our democracy is under attack from Republican state legislatures across the country hellbent on suppressing the right to vote. That’s why Senate Democrats are unified in our mission to fight voter suppression and protect the integrity of our elections – the stakes are too high not to act,” said Senator Padilla. “This bill includes proven reforms that I helped implement as California’s top elections official to make our elections more accessible and more secure – reforms that all of our Senate colleagues should support to ensure a healthy democracy.”

“Free and fair elections are a cornerstone of our democracy, plain and simple,” said Senator Tester. “This bill will allow us to maintain local control over our voting systems while keeping our elections safe in the face of new and evolving threats, shine a light on dark money in politics, and close loopholes that allow foreign spending on elections. It’s our responsibility to ensure that every eligible Montanan is able to make their voice heard at the ballot box, and I’m proud this legislation will do that.”

“Voting rights are preservative of every other right. The power of people voting is what has made it possible for Congress to pass expansive pandemic relief and take up landmark legislation to create jobs, move our economy forward and invest in our nation’s future,” said Senator Warnock. “As access to the ballot remains under threat for voters in Georgia and states across the nation, I’m proud to stand with my colleagues to introduce the Freedom to Vote Act that will protect the sacred right to vote for every eligible American, no matter where they live, and enact commonsense democracy reforms that will help ensure our government remains by and for the people. I hope senators on both sides of the aisle will support this bill and that the Senate can pass it with urgency. We are at an inflection point in our history, and future generations will judge how we act to preserve our democracy.”

This bill includes three sections, each intended to protect the right to vote and strengthen our democracy.