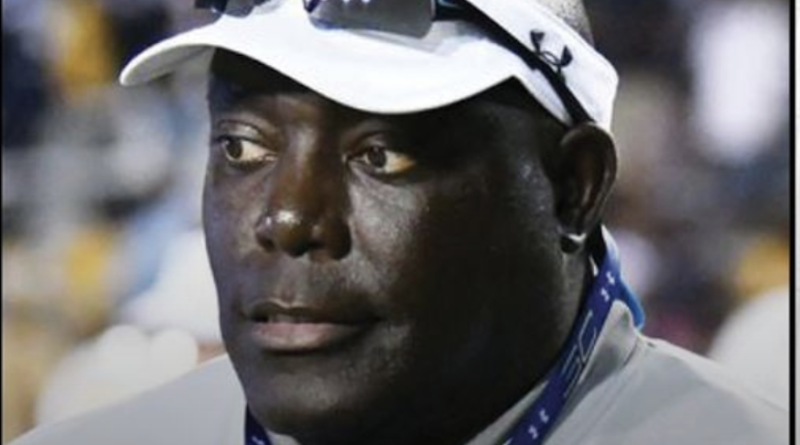 On Wednesday, Norfolk State University Director of Athletics Melody Webb announced that there would be a new sheriff in town and he goes by the name of Dawson Odums. Odums is now the Spartans’ new head football coach. “I am so excited to welcome Coach Odums and his family to Norfolk State University,” Webb said. “With his unprecedented success on the field and his ability to successfully build a program athletically and academically, I look forward to having him at the helm of NSU football.”

Having a successful coaching run at Southern University, he ended his time there with a 63-35 record. With a short season this year, he led the Jaguars to a 5-1 record. In the past five years in the SWAC (southwestern athletic conference) he went 29-6, but overall he has a 53-17 record in SWAC. Odums came aboard the coaching staff in 2011 as the defensive line coach. Not even being there a full year he was promoted to the interim head coach, leading to him earning the head coaching job permanently. From the time he became the official head coach in 2013 he earned SWAC coach of the year honor (2013), one SWAC championship (2013), and four SWAC West Division titles (2013,14,18,19).

Even though the season was cut short, the Odums-led team still found success in it. The Jaguars were ranked first in the nation in blocked punts, third in third-down conversions, sixth in sacks, and 15th in total offense. His teams had ranked in the top ten four times in FCS punt average and in 2017 they led the nation. Also in the latest top 25 FCS Coaches Poll, the Spartans were ranked 19th.

Not only leading his team to success on the field but in the classroom too. 57Jaguars student-athletes under Odums were on the dean’s list during the fall semester in 2020. Southern’s APR has been on the rise, getting to a multi-year rate of 952 in the most recent NCAA.

Dawson Odum is from Shelby, North Carolina where he played linebacker and quarterback for Crest High School in Boiling Springs, North Carolina. His success in high school allowed him to compete at the collegiate level at North Carolina Central. During his tenure playing for NC Central, he was the team captain and ALL-CIAA selection as a senior, graduating in 1997 with his bachelor’s degree in physical education.