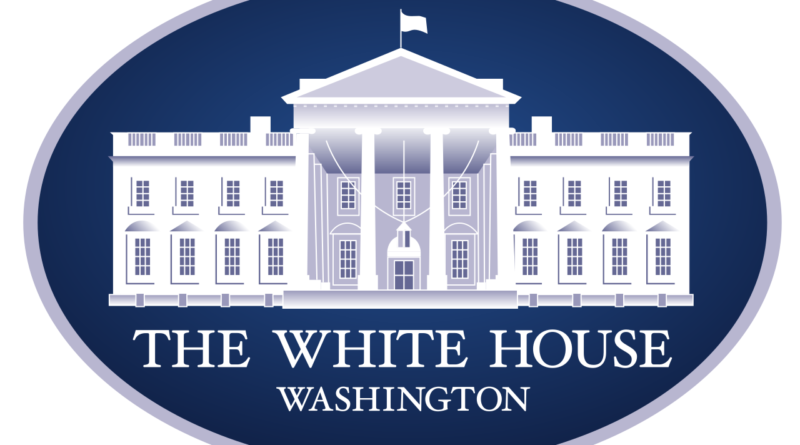 By: Office of Vice President

THE VICE PRESIDENT:  Thank you.  Good afternoon.  I want to thank these extraordinary leaders — the leaders of California — who, as always, are leaders of this great state but also national leaders on so many critical and important issues — and, in particular, on this one.

As the President and I have said, as we all recognize, we are facing a healthcare crisis in America, as highlighted by the Dobbs decision that came down several weeks ago.

So, I will address that, but I, first, would like to say a few words about our nation’s economy because we had some good news this week.

We learned yesterday that our nation had zero percent inflation in the month of July.  We saw drops in the price of gas, clothing, household appliances, and more.

And combined with other progress we have made, as it relates to the economy, we have created, just last month alone, over half a million jobs, which makes it over 9 million jobs over the course of the last 18 months, which means we have recovered all the jobs that were lost in the pandemic.  Unemployment is at 3.5 percent, which is the lowest number in half a century.

So, there is good work to report in terms of the focus that our administration and President Biden has had on bringing down the cost of life and living for the American people.

And to implement our vision of supporting working families and supporting folks who deserve to be seen and heard, together with the leaders in this room, in our first year, with an extension on the Child Tax Credit, we cut poverty in America by 40 percent.

We rescued small businesses.  During the course of the pandemic, there were so many, in particular here in California, that were in dire need of support.

We have, through the Infrastructure Law, made a commitment with tens of billions of dollars to upgrade the infrastructure of our nation.  And as we know in California, we got a lot — lots of roads and bridges that need that reinforcement and need that support.

Our administration has dedicated tens of billions of dollars to high-speed Internet.  As highlighted during the pandemic, we still have far too many folks and families who either don’t have access to high-speed Internet or cannot afford it.  So that has been a priority of our administration, in addition to addressing the very important work of doing what Californians have always been a leader on, which is thinking and taking seriously the precious nature of our environment and what we must do to save it.

And we were very proud of the work that has happened recently.  And the President will soon be signing a law that will invest $370 billion to address the climate crisis in America.

So, with that, I want to thank the leaders here because you have been extraordinary in both pushing that these types of improvements would take place, but also in partnering to ensure that what happens in Washington, D.C., actually hits the streets of America and, in particular, the people of California.

Because of your work, folks are experiencing, I think, the benefit of this hard work.  And, of course, there’s more to be done.

So, with that, I want to thank everyone here and then address the topic of our conversation this afternoon.

Yet, the United States Supreme Court, in the Dobbs decision, took a constitutional right, that had been recognized, from the people of America, from the women of America.

And what we have seen around the country are extremist, so-called leaders who are passing laws designed to criminalize healthcare providers and punish women — laws that are being passed that make no exception for rape or incest.

And as my friends and former colleagues at this table know, as a former prosecutor for quite some time, I specialized in child sexual assault cases, in violence against women and children.

The idea that states would be passing laws that would take from an individual their right to self-determination after they have endured such an atrocious act of violence is unconscionable.

These are the kinds of things that are happening around our country.  But not in California.  But not in California.  Because here, we have leaders who understand the importance of the principles upon which our nation was founded, which are the principle of freedom and liberty; the importance of recognizing that in a democracy that champions the concept of freedom and the liberty, the government should not be in the position, nor should it have a right, to make the most intimate and personal decisions that anyone can make about heart and home.

Because in California, we understand it should be her decision and, if she chooses, in consultation with her faith leader, her family, those she trusts, but it should not be the government.

In California, we understand one does not have to abandon their faith or their beliefs to agree the government should not be making that decision for someone else.

So I am here today to talk with, to listen to these extraordinary Californians, who are national leaders, to talk about how we can continue to do what has been happening here, which is to fight for the rights of women, for all people, to self-determination, to their ability to make decisions.  Because we, here, trust women.  We trust people to know what is in their own best interest, as opposed to having their government tell them what is in their best interest.

So, with that, again, I thank the leaders who are here.  We will discuss some of the work that our administration has been doing and the collaboration that has occurred already and will continue to occur between our administration and the various states and, in particular, the great state of California.

So, with that, I’m going to turn the mic over to the Senate pro tem, Toni Atkins.