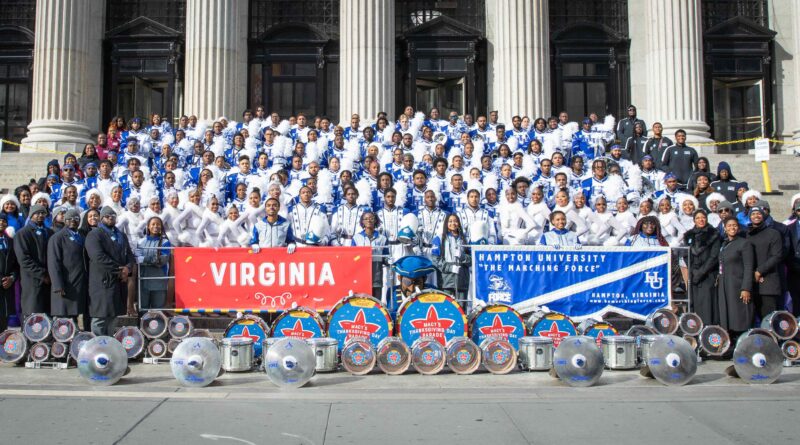 The Hampton University Marching Force is headed back to New York City to perform at the US Open. The band will be part of the HBCU Live festivities, which aim to celebrate culture, history, and pride at this historic event. Along the way, The Force will be making several recruitment stops to perform at high schools, ahead of their performance August 31, 2022 in New York City.

“Congratulations to the Hampton University Marching Force for being invited to perform at the US Open,” said Hampton University President Darrell K. Williams. “Dr. Jones, his staff, and the elite group of talented, young musicians and dancers who make up The Force continue to demonstrate THE Standard of Excellence. The Marching Force’s performance is sure to excite those in attendance in Queens and the thousands of viewers watching at home, as they did in the Macy’s Day Thanksgiving Day Parade. The nation will be in for quite a show!”

Following the success of last year’s debut HBCU Live at the US Open, an expanded version of the program will return in 2022 to celebrate the culture, history and pride of Historically Black Colleges and Universities.

To honor these schools and their impact, this year’s HBCU Live at the US Open—slated for Wednesday, Aug. 31—will present an experience reflective of these campuses. This starts with the space itself: HBCUs traditionally feature communal hubs called “yards,” and the USTA Billie Jean King National Tennis Center will capture the spirit of these areas with the day’s music, food and other entertainment.

Tickets for HBCU Live at the US Open and all other sessions of the 2022 US Open are on sale now at Ticketmaster.

“Under the new leadership of President Williams, he has re-invigorated and inspired the HU Bands Program to truly be at the forefront of the Hampton University cultural experience,” said Jones. “It is through his support that we’ve been able to make this performance happen, and it is very much in keeping with his intent to make Hampton University the #1 (Band) Student Experience in America. We have selected four high schools at which to perform, and whether or not those students are interested in band, we have the opportunity to share the light of Hampton U in a way that no other student organization on campus can. I’m both happy and excited for our students as we look forward to the unique and fun opportunities this season will provide.”

HBCU Live at the US Open aims to reconnect the schools’ alumni, family and friends, while also illustrating the relationship between HBCUs and tennis. The events will allow US Open fans to learn more about these great institutions, their history and their impact on both tennis and the Black community.

Dr. Jones reminds Hampton Nation that fans of The Marching Force are encouraged to help defray the cost of scholarships, instruments, uniforms and recruitment of new band members by visiting the band’s site: https://www.humarchingforce.com/donate/.