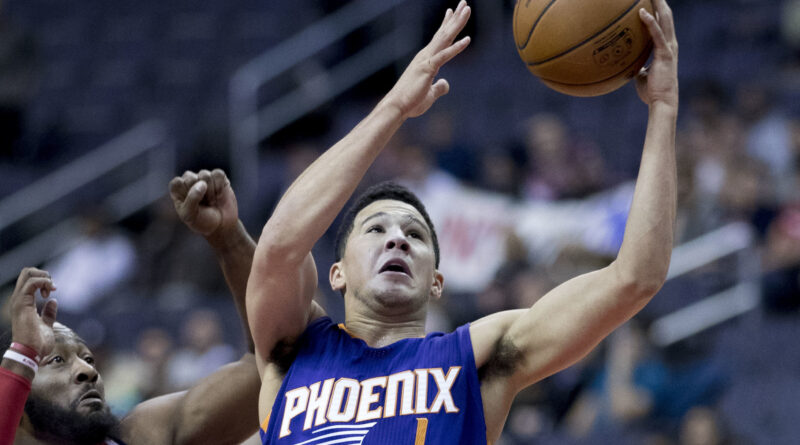 At the beginning of the NBA playoffs, the defending champions the Los Angeles Lakers were one of the favorites to repeat, even though they were the seventh seed, they still had arguably the best player in the league in LeBron James. James was already battling an ankle injury before the playoffs. In the first round, the Lakers went down after their second-best player Anthony Davis went down with a groin injury. From that game, LeBron on one leg stood no chance as the Lakers went against Chris Paul, Devin Booker, and the Suns. The Phoenix Suns won the series 4-2 to move on to the next round.

Los Angeles still had another team in the playoffs in the Clippers. Paul George and Kawhi Leonard were leading the Clippers towards their first title until game 4 when Leonard sprained his knee. That left George with the pressure all on him to complete the task. This is the first time George has been in the Western Conference Finals. All eyes on him and the Clippers as they try to take down the same team who sent Lebron home in the first round, the Phoenix Suns.

The Superteam on the east, the Brooklyn Nets, wasn’t exempt from injury, as James Harden suffered from a hamstring injury. In the semifinals, Kyrie Irving hurt his ankle coming out of the air from a play. Irving’s injury gave the Milwaukee Bucks a chance to make it to the conference finals. With Kevin Durant being the only healthy player from their big three, it made the task so much more difficult for the Nets Harden’s has return had minimal effect asThe Brooklyn Nets lost to the Milwaukee Bucks after taking it to game 7, Even behind Kevin Durant’s stellar performance scoring 48 points,9 Rebs, and 6 Ast after playing for an overwhelming 53 minutes in overtime lost 115-111. The Milwaukee Bucks went on to succeed in taking down the Atlanta Hawks largely in part due to an injury to Trae Young that kept him out of games 4 and 5.

Other teams faced injuries during the playoffs, The Phoenix Suns guard Chris Paul went down with a shoulder injury in game four of the first round against the Los Angeles Lakers, and missed time to start the Western Conference Finals due to COVID-19 protocol. The Philadelphia 76ers star center Joel Embid tore a meniscus in game 4 against the Washington Wizards, however, he played through the injury and gave multiple amazing performances before losing in the Eastern Conference semifinals to the HawksIn the first round, Luka Doncic forward for the Dallas Mavericks had a nerve issue in his neck. The best team in the NBA couldn’t avoid injury with their star guard Donovan Mitchell hurting his ankle before the playoffs.

Both the Phoenix Suns and the Milwaukee Bucks ended the Conference Finals in 6 games, resulting in some well-needed rest. . If you close out the series 4-0 or 4-1 this gives you enough time to rest while the team is playing. Also, if you end the series early you don’t have to worry about injury to your players as if the series were to go to a game six or game seven.

The Milwaukee Bucks Won against the Atlanta Hawks 4-2 series to advance to their first finals appearance since 1974. This is Giannis Antetokounmpo’s first NBA Finals. Will his health allow him to capture his first NBA Championship or will his knee injury allow Chris Paul and the Suns to take them down? The Phoenix Suns are currently up 2-0 in the series.