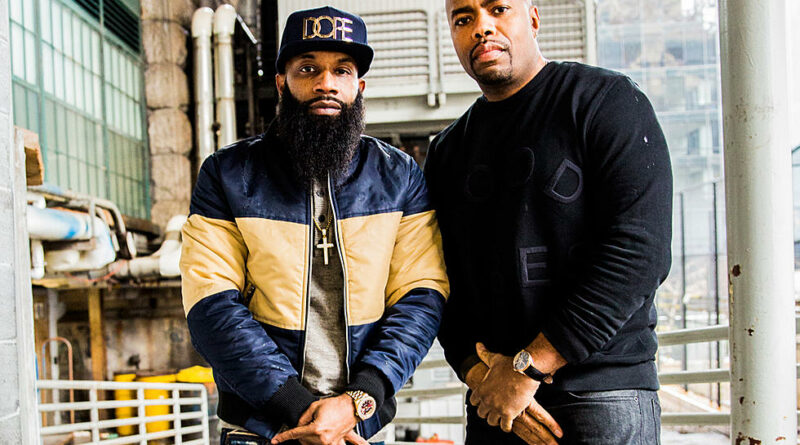 The Ultimate Rap League hosted their annual Night Of Main Events (NOME) battle rap event on June 12th and the 13th and it was nothing short of spectacular. The 2-day event featured some of the best battlers in the world convened in Los Angeles, CA to showcase their high-level lyricism, creativity, and their unprecedented ability to captivate a crowd.

Day 1 of the event featured several cases of the old era of battle rap versus the new era. Battle rap legend T-Rex returned to the URL stage in over three years to show that the gritty style he introduced to the URL over a decade ago was still effective. He squared off against new up and comer and Philadelphia native Eazy Da Block Captain, who shares a similar style to his veteran opponent. The battle was a classic case of styles making the fight, as the gritty street style the URL was built on is still effective and can still win a crowd over. Danny Myers and Real Sikh faced off against each other in another case of the new versus the old era, but in this case, the focus was on top-tier lyricism and the two battlers did not disappoint. California native B Dot faced off against URL veteran DNA for a battle filled with fruitful life gems mixed with elite lyricism. These two showed what the result is when rapping is prioritized in the battle world.

The night also showed Norfolk, VA native Ave showcase his high-level punchline ability like he does whenever he takes the stage, as his creativity and originality set him apart from most of his peers. URL veterans Tay Roc and Chilla Jones closed the night out with a classic performance against one another. The battle combined all the things that we have come to love about battle rap. Punches, schemes, lyricism, and high-energy performance were all in abundance during this battle and solidified a successful night by the URL.

The highlight of the night was the battle between crew members Geechi Gotti and Rum Nitty, as the final round of a tournament with the grand prize being $100,000. Although close friends outside off the stage, the two friends pulled no punches in the ring and brought us an electrifying performance worthy of $100,000. It even attracted the attention of arguably the biggest artist in the world, as Drake was in attendance to personally deliver the $100,000 to the winner. To incentivize the battlers, he even added $50,000 to the final take. The end of the battle saw the good friends split the money right down the middle.

The organizer of the URL events, Troy Mitchell aka Smack White, deserves an immense amount of praise for his impact not only on battle rap, but on hip hop culture as a whole. He provided a space for young men (and in some cases women) to do what they love and receive a handsome profit in the process. He has helped provide some of the most memorable hip-hop moments and has set an example for other battle leagues that have spawned after the URL. Smack White’s work for battle rap has solidified him as a legend in hip-hop culture.