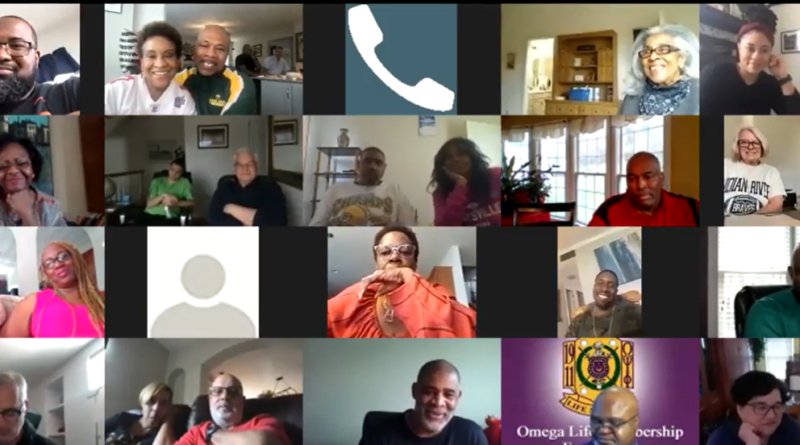 Long-time Virginia football coach Elisha “Cadillac” Harris attended a virtual retirement celebration, hosted by his wife, Bonita Billingsley Harris, to commemorate a long, successful football career both as a player and a coach.

Flourishing as a player first, Harris played football at Norfolk State College (currently, Norfolk State University), where he led the Spartans to secure three CIAA championships. After college, Harris got a tryout with the Dallas Cowboys. When he did not make the team, he came home to coach high school football. In 1988, Harris was promoted to head coach at Green Run High School, becoming the first African American head coach in Virginia Beach. He went on to win two Virginia Beach district football championships, as well as becoming four-time coach of the year for the Virginia Beach school district, and three-time coach of the year for the Southeastern District. Harris was a coach and educator for over 40 years  in Hampton Roads and North Carolina including Green Run High School, Elizabeth City State University, Norfolk State University, Maury High School, and Indian River High School.

Although he was a great head coach, Cadillac Harris’ family and friends raved about what kind of man Harris was and still is. His well wishers during the virtual retirement celebration appeared to be from a virtual list of Who’s Who in Hampton Roads and Beyond including U.S. Representative Bobby Scott, Virginia House of Delegates Member Cliff Hayes, Chesapeake Mayor Rick West, and Chesapeake School Board  Member Dr. Patricia King. One of his former players, Keith Goganious from Green Run, stated that being coached by Harris was like having a second father. “He was always there and he looked out for everybody.” Goganious was one of Coach Cadillac’s student-athletes, as were Matt Darby and Plaxico Burress; they all went on to play in the Super Bowl. Harris prioritized education and was heavily focused on black males being able to succeed, with or without athletics, having helped send more than 100 athletes to college. One of Harris’ daughters had an emotional moment during the celebration, thanking her father for being a “survivor” and maintaining a positive attitude through all adversity.

Harris will always be remembered as a pioneer in high school athletics, as well as a monumental influence in the lives of hundreds of young men. As a mentor, husband, father, coach, and instructor, Harris’ impact on the people around him will never be forgotten. The time he now gets to spend with his wife of over 20 years, his daughters, and grandchildren is well-deserved. Bonita Billingsley Harris shared some heart-warming words during the ceremony, “I am so proud of all you have accomplished in your career, and I am grateful that you are still the same amazing, talented, God-fearing, and incredibly handsome man I met at that party 30 years ago.”