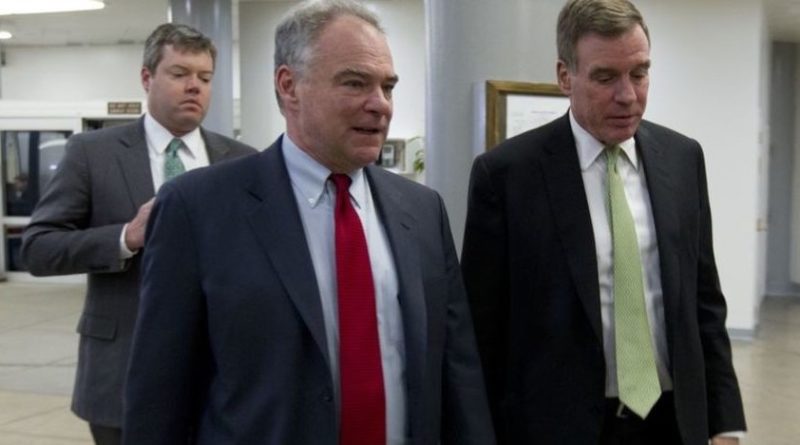 WASHINGTON – Today, U.S. Sens. Mark R. Warner and Tim Kaine (D-VA) were joined by Reps. Bobby Scott (D-VA-03) and Elaine Luria (D-VA-02) in sending a letter to the Office of Management and Budget (OMB) and the U.S. Army Corps of Engineers requesting the inclusion of at least $60 million in funding to start construction on the City of Norfolk’s Coastal Storm Risk Management Project. This funding is being requested as part of the amount made available to the U.S. Army Corps of Engineers through the bipartisan Infrastructure Investment and Jobs Act (IIJA).

In their letter, the lawmakers highlighted the importance of this project, which will serve as a much needed solution to help protect the area as the region suffers increased damage and weather-related harm due to climate change.

“The rate of sea level rise within the city and surrounding area is one of the highest along the East Coast, exacerbating the city’s vulnerability to flood events. Recent storms that resulted in significant flood events for Norfolk include Hurricane Isabel in 2003, the November 2009 nor’easter, Hurricane Irene in 2011, and Hurricane Sandy in 2012. For these reasons, USACE identified Norfolk as one of the nine areas of high risk by the North Atlantic Coast Comprehensive Study (NACCS),” the lawmakers wrote.

·         The Ghent, Hague / Downtown Structural System  – This system includes a 600 linear foot (lf) storm surge barrier with a pump and power station. The surge barrier would tie into approximately 27,236 (lf) of constructed floodwall and 2,582 (lf) of earthen levee. Four pump stations and tide gates would also be constructed and operated for interior drainage. In addition, Natural and Nature Based Features (NNBF) include approximately 7,200 (lf) of living shoreline and 5,250 (lf) of oyster reef.  Mitigation includes an additional 3,800 (lf) of living shoreline.

·         Pretty Lake Structural System – This system would include a storm surge barrier approximately 114 (lf) long with a pump and power station. This feature would tie into 5,642 (lf) of floodwall. In addition, NNBF include approximately 560 (lf) of oyster reef.  Mitigation includes approximately 2,375 (lf) of living shoreline.

·         Broad Creek Structural System – This system would include a storm surge of approximately 1,291 (lf) with a power station. The storm surge barrier would tie into approximately 8,787 (lf) of floodwall. One pump station and four tide gates would also be constructed and operated for interior drainage.

The lawmakers previously requested funds for the projects as part of Army Corps FY 2020 Work Plan.